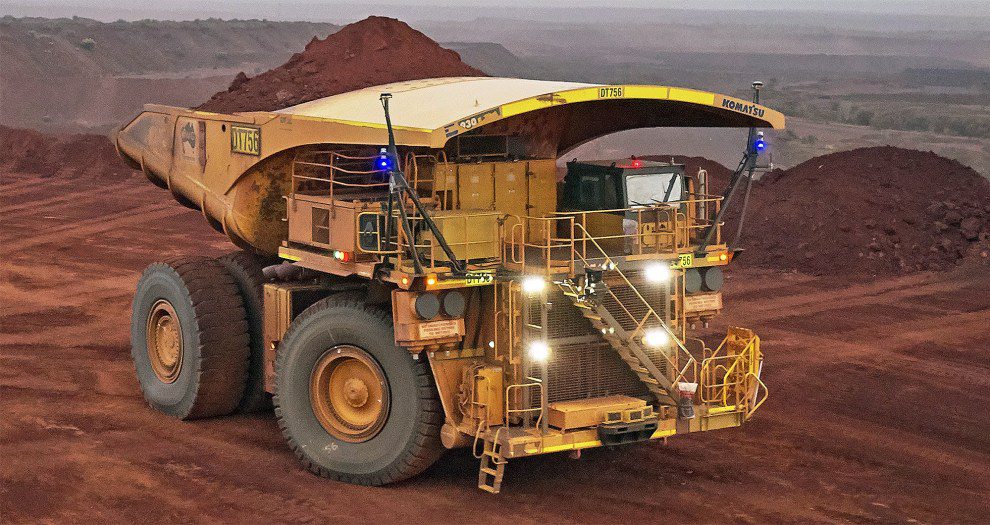 The project involved undertaking what is touted to be one of the industry’s largest ever fleet conversions to autonomous haulage systems (AHS). Namely, it required expanding the proponent’s heavy vehicle fleet to a total of 183, at both the Solomon Iron Ore Mine and Chichester Hub Iron Ore Mine, comprising of Komatsu 930E and Caterpillar 793F and 789D driverless trucks.

Another 900 excavators, wheel loaders, light vehicles and other machinery has also been integrated with the driverless fleet, which is remotely operated through CAT Minestar Command for Hauling Technology based at the Fortescue Hive in Perth.

Thousands of affected workers have been retrained and redeployed.

“Around 3000 Fortescue team members have been trained to work with autonomous haulage, including over 200 people trained as mine controllers and AHS system professionals,” Fortescue chief executive Elizabeth Gaines said in a public statement.

“Our approach to autonomy has been to be open and transparent with our plans and to work closely with our team members to offer opportunities for retraining and redeployment.”

Since operation began in 2013 the fleet has transported more than 1.5 billion tonnes of material across a total distance of over 52 million km. The proponent claims this helped achieve significant productivity and driver safety improvements.

“Looking ahead, the flexibility of our efficient, multi-class autonomous fleet offers considerable potential for further productivity and efficiency gains.”