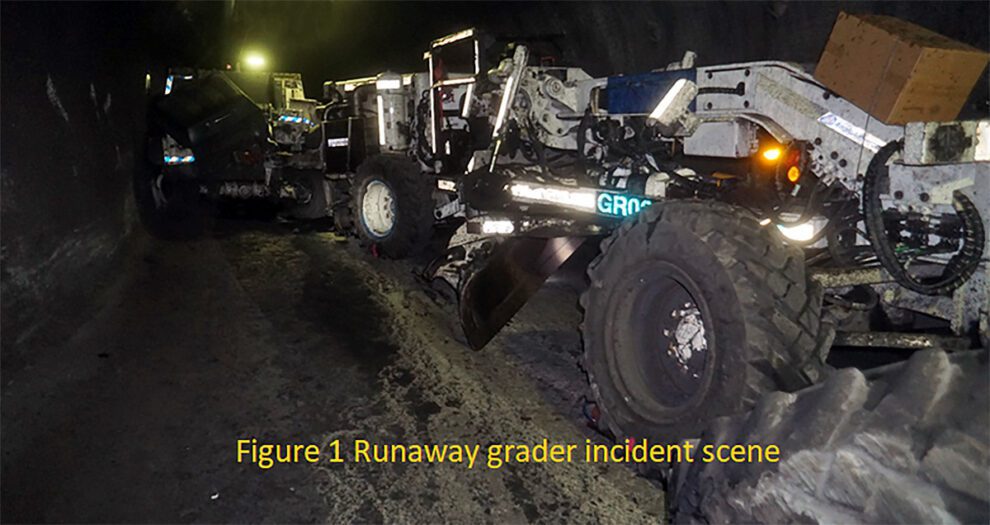 Bradley Hardwick might still be alive if a park brake test valve was fitted to a grader he operated before passing away at Anglo American’s Moranbah North Coal Mine, 211km southwest of Mackay. This is one argument from multiple lawsuits seeking a total of $6.74 million in damages.

Widow Lisa Hardwick accused Diversified Mining Services and PPK Mining Equipment of failing to ask the proponent for the part, and neglecting to install it, despite a 2011 risk assessment finding park brakes cannot be tested independently of service brakes.

The contracting companies allegedly did not report the safety hazard to the chief inspector of coal mines either, potentially breaching the Coal Mine Safety and Health Act.

She believes fitting a park brake test valve could have prevented a runaway grader from fatally striking and crushing her husband in 2019. The machinery also collided with a drift runner carrying multiple coworkers.

“[The work would have independently enabled] the identification of any faults in the park brake and the repair … before there was a catastrophic failure of the braking system,” she said in Supreme Court documents obtained by News Limited.

“[The Anderson 120G grader’s pak brake] had worn out over a period of time prior to the incident.”

The woman alleges Anglo Coal (Moranbah North Management) was aware of the issue from as early as mid-2011, when a safety integrity analysis poorly ranked both the park and service brakes as one out of four possible points.

Wilson recalled hearing a “loud rumbling” noise before a large white object rapidly approached the drift runner. Driver Scott Ryan warned everyone aboard to brace themselves for impact. Wilson feared for his life while experiencing the collision’s “violent impact”. He joined others in searching for the grader operator after finding the cabin was empty.

“Workers [eventually] came across the motionless body of the grader operator Bradley Hardwick,” he said in the documents.

Jones claimed the collision left him in shock while others screamed hysterically. When he saw Hardwick’s body, he could not immediately identify him.

“When [the witness] got to the scene, he was told that it was Mr Hardwick on the road. However, [the witness] did not recognise him as he had been horribly crushed and it was a horrific sight,” he said in the documents.