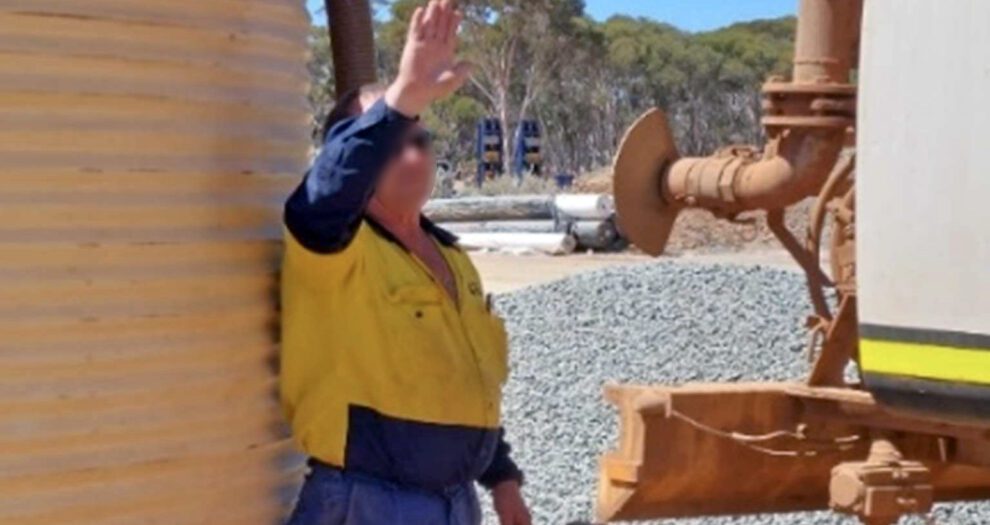 A heavy vehicle collided with and squeezed a colleague who tried to help the driver navigate through a work site.

A concrete batching plant worker learnt the hard way not to stand in the path of moving vehicles. The revelation came after he stood behind the rear right-hand corner of a water truck as it reversed towards a water tank.

The spotter used visual hand signals to guide the water truck while the operator reversed closer to the tank hose. However, the heavy vehicle continued to approach the 20,000 litre corrugated, plastic tank even after the spotter signalled to stop.

“As the rear of the truck got closer to the tank the driver failed to stop, striking and pinning the spotter against the tank,” Main Roads Western Australia said in a red-banner safety alert.

“Initial investigations found that the water fittings at the rear right of the water truck struck the spotter, forcing them back against the wall of the water tank. The empty plastic water tank had some give in it, thereby cushioning the impact when the spotter was pinned against it.”

After the spotter was struck and pinned, he signalled the water truck operator to move forward. The driver followed the direction and checked for injuries.

“They were not hurt with only minor red marks on the right side of their chest and upper-right thigh,” the alert said.

“The water truck operator had been performing this task on a daily basis throughout the preceding week. On this occasion another worker was within the area when the water truck arrived, who offered their assistance as a spotter.”

A formal incident cause analysis method investigation is already underway. For now, Main Roads WA made the following recommendations: