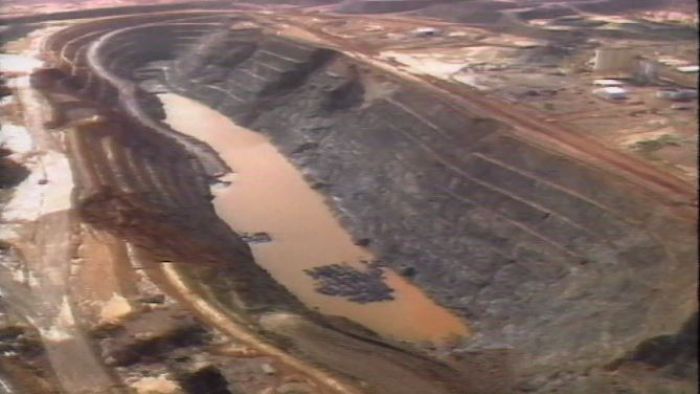 On 13 June 1989, six mineworkers lost their lives in a mining accident known as the Emu Mine Disaster that captured the attention of a nation. The disaster is arguably one of the worst mine disasters in Western Australian mining history. The men died in a decline driven underground from the bottom of an open-pit mine as a result of sudden flooding of the open-cut following sustained and exceptionally heavy rainfall. The mine today is known as the Agnew mine and was originally developed by Western Mining Corporation or WMC. The mine is now owned by Goldfields.

What happened in the Emu Mine Disaster?

According to reports, on the day of the disaster the mine flooded from heavy rains that had accumulated in nearby areas ultimately draining into the Emu Plains underground gold mine. Six miners were unable to escape floodwaters entering via the portal of the mine in the open cut.

What are the names of the miners who died in the Emu Mine Disaster?

What was done as a result of the disaster?

The Western Australian State Government passed new legislation in 1994 and 1995 requiring employers to provide and maintain a working environment that does not expose employees to hazards. The legislation requires mine operators to submit a project management plan to the department at the start of mining operations, including an assessment of major risks associated with the mine and strategies to manage those risks. Flooding, or inrush, was identified as one of the major risks a mine operator must assess in its project management plan.

Circumstances and events leading up to the disaster

Excerpt from Report WA Department of Mines – According to the State Mining Engineer, Mr John Torlach, a relatively small open pit, (the 450 pit), which was previously mined immediately south of the much larger AG pit from which the decline was driven, had been used to accumulate water for process purposes.

The mine is located in an arid region (average annual rainfall 254 mm), and to supplement groundwater make in the 450 pit, water from an adjacent creek system had been diverted into it when infrequent rains caused a brief run in the creek system.

Prior to the commencement of the development of the decline from the base of the main AG pit, a tailings dam wall had been extended to the south and west of the 450 pit so that it obstructed the flow of the main arm of the westerly flowing creek system.

A further significant factor was the mining of a southerly extension of the main AG pit in the upper section, as a result of which the upper sections of both pits were separated by a relatively narrow bridge of weathered surface rock.

At the same time, the water level in the 450 pit began to rise as the blocked creek system backed up and began to sheet over into it.
The mining crew made preparation to vacate the decline following an early afternoon blast. The afternoon shift was cancelled and all major equipment was withdrawn from the decline.

At about the time water began to overtop the narrow neck of ground between the two pits and to cascade into the south end of the main AG pit, the mining crew (three men), the electrician and the Underground Manager re-entered the decline in a large front-end loader to retrieve a pump. As they did so, the neck of ground separating the pits began to erode rapidly, vastly increasing the rate of water flow into the AG pit.

The attention of the Registered Manager was drawn to this by persons standing at the pit top. The Manager drove into the pit and down into the decline to withdraw the men. During the short time that elapsed after he entered the decline, the water flow became overwhelming and all six men were drowned. Their bodies were subsequently recovered about 100 m from the portal.

The creek water runoff which had accumulated in a broad (although relatively shallow) area south of the 450 pit had run into that pit and thence into the AG pit via the eroded neck between the two.

Preventative action from the Emu Gold Mine disaster

Following the Emu Gold Mine Disaster, State Mining Engineer John Torlach recommended a number changes including implementing catastrophic in rush protection in arid flat regions where infrequent but massive rainfall and run off may take place;

Mr Torlach recommended that “the integrity of large scale water pondage or storage adjacent to underground mines must be assured, where such a requirement can not be avoided by its placement elsewhere and that emergency preparedness plans must take account of every conceivable contingency, persons must be practised in such plans, and adequate emergency communication must be provided. This initial advice is necessarily brief but a more complete illustrated report will be prepared for circulation as soon as practicable.”