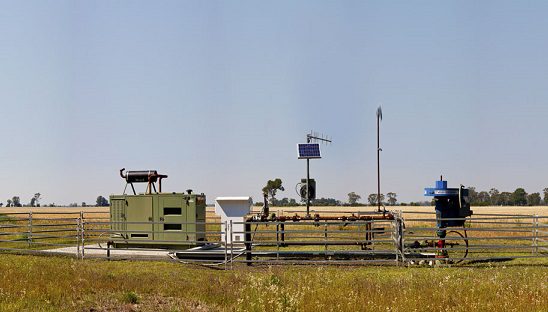 An expert from the University of Queensland has thrown cold water on a new U.S. report that found elevated air pollutants around unconventional oil and gas operations, saying CSG operations and environmental conditions in Australia are entirely different.

The report, published in open access journal, Environmental Health,  suggests air pollutants released by unconventional oil and gas production are well over recommended levels in the US. The report claims high levels of benzene, hydrogen sulfide and formaldehyde were found.

However Professor Andrew Garnett, Director of the Centre for Coal Seam Gas at the University of Queensland , said the report’s findings could not be extrapolated to Queensland CSG sector.

“Those operations and the gases and emissions concerned are not analogous to Queensland, CSG operations.”

“In particular, the report describes emissions from relatively “liquids rich” gas operations with significantly different composition than that typically found in Queensland CSG.”

For example, the paper cites ‘typical’ gas concentrations as listed by the US, National Energy Technology Laboratory (NETL), with their main health related concerns being due to non-methane volatile hydrocarbons and hydrogen sulphide.”

However Professor Ian Rae, Honorary Professorial Fellow at the University of Melbourne. said the report will provided an important lesson to the Australian unconventional oil and gas industry.

We have known for a long time that there are toxic impurities in oil and gas, like the benzene and hydrogen sulfide collected by these citizen scientists.  Formaldehyde is not in the gas but it’s an air pollutant coming from engine exhaust gases.”

“There is variation from well to well in the composition of the gas … and in the skill and diligence of the operators in preventing releases to the atmosphere.  They may get away with it in the boondocks where nobody notices, but people living close to extraction wells know when things are not being done properly.”