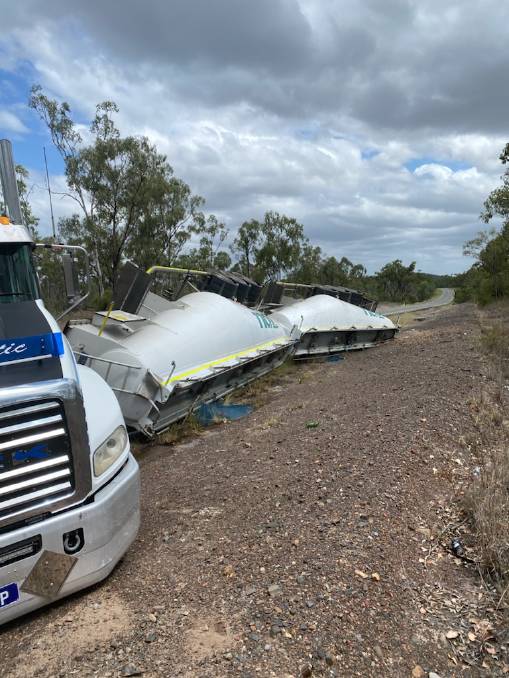 A truck carrying ammonium nitrate rolled on the Fitzroy Development Road in North Queensland resulted in a heightened state of emergency in the state yesterday. Police issued an emergency declaration under the Public Safety Preservation Act after a B-double truck carrying the ammonium nitrate rolled over on Fitzroy Development Rd, Valkyrie, 53km south of Nebo. The truck was reportedly en-route to the Peak Downs mine.

A three-kilometer exclusion zone around the crash site, including the airspace above the truck, was established by emergency services personnel until emergency crews began removing the ammonium nitrate from the rolled truck late yesterday afternoon. It is expected the process would take some time.

Fitzroy Development Road, Valkyrie, was closed between Golf Mine Road and Moranbah road.

The truck driver did not receive serious injuries in the incident.

The incident is not the first Ammonium Nitrate Truck rollover to occur. In 2014 an explosive laden truck exploded en-route to a mine near Charleville. The incident resulted in extensive damage to road infrastructure. See story below. 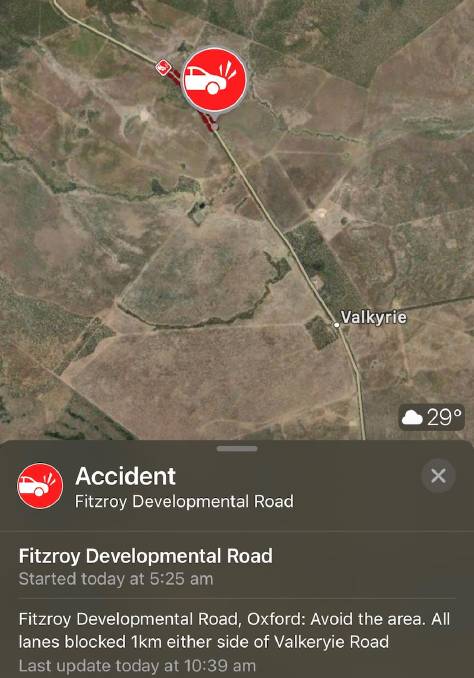