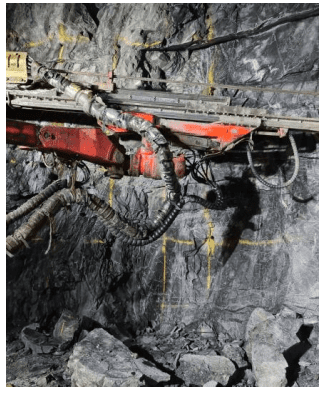 The Department of Mines, Industry Regulation and Safety has confirmed that a development drill rig (jumbo) operator and fitter were injured when a 750 kg rock fell from a height of approximately five metres from the face of an access development heading, striking both workers in April 2020.

The fitter received serious injuries. The workers were approaching the face of the second cut to install lifter tubes into the lifter holes of the last two rows of blast holes. At the time, most of the face had been bored with only the last two rows remaining.

The first cut was taken the day before in a single blast, from top fillet to bottom fillet using a drag round and 4.9 m drill steel.

Direct cause of incident:

The rock dislodged from the bored face, from a geological structure, striking the two workers approaching the face to install lifter tubes.

The Department recommends the following actions: