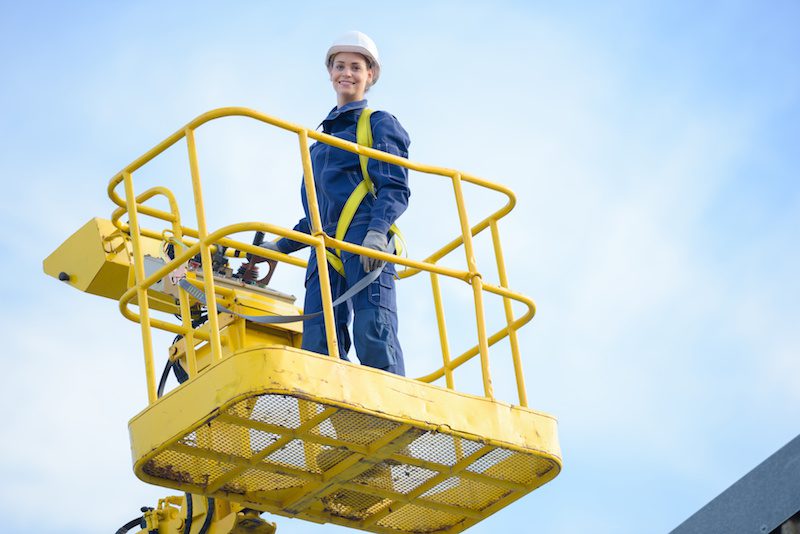 Karara Mining Ltd was fined $40,000 in Perth Magistrates Court yesterday (13/2) following an incident where a gantry crane collided with an elevated work platform (EWP) being used by two electrical workers.

The incident happened on 3 August 2015 at the Karara Iron Ore Project, located about 200km east of Geraldton and the workers were approximately 12 metres off the ground in the basket of the EWP.

The two electricians were using the EWP to repair a davit, a small crane used at the site when a scaffolder in a different work team started moving the 120-tonne capacity gantry crane.

The gantry crane operator could not see the EWP from where he was standing and moved it into the EWP, but stopped the crane when it hit.

The two electricians in the EWP could see the approaching gantry crane and tried to alert the operator, but they weren’t able to raise him.  They then attempted to take evasive action in the EWP, but when a collision was imminent they held onto the basket handrails to brace.

After the collision, they were able to lower the EWP basket onto a nearby building without being injured.

At the time of the collision, the rail for the gantry crane had no barrier to prevent access.

Department of Mines, Industry Regulation and Safety Director Mines Safety Andrew Chaplyn said the consequences could have been much more serious.

“This incident could have resulted in serious injuries or a double fatality,” Mr Chaplyn said.

“There were a number of ways in which this incident could and should have been avoided.”

Mr Chaplyn said workers decided to operate without a spotter, inadequate communications across different onsite work teams and a lack of attention to risk assessment and hazard identification procedures were all factors that contributed to this incident occurring.

The company made important safety changes following the incident.

“These included the implementation of a new pre-shift information meeting format to focus on identifying and discussing hazards in the work area,” he said.

“This was accompanied by a commitment to communicate with other workers and work groups to ensure all groups in an area are aware of each other and coordinate tasks safely.

“The company also constructed a barrier isolation fence encompassing the gantry crane rail to prevent future collisions and effectively prevents workers or vehicles moving onto or across the rail and into the path of the crane.”

In handing down the penalty, the court took into account the company’s early guilty plea.