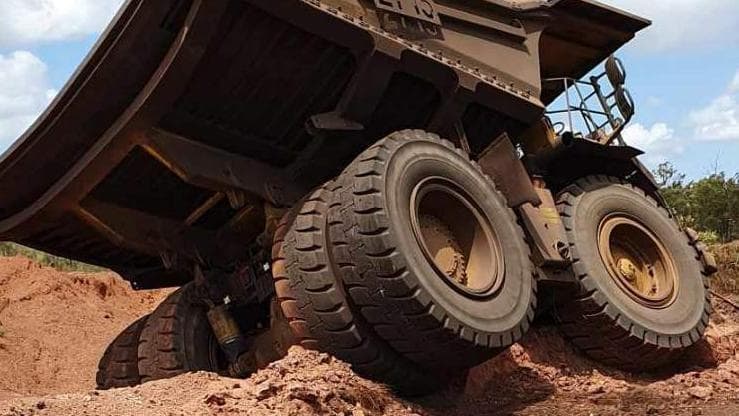 South 32’s GEMCO has hit back at critics saying the company “takes safety seriously” following a worker releasing images to the NT news of two incidents at the Groote Eyelandt site.

Last week a mine worker sent images of a fallen excavator and a haul truck in a precarious position after it had run off a haul road to the NT news claiming that worker fatigue was to blame in one of the incidents.

The Groote Eylandt Mining Company operation (GEMCO) is located on an island in the Gulf of Carpentaria off the Northern Territory Coast and produces high-grade manganese ore.

Vice President of Operations Jo-Anne Scarini said in a statement to NT News that any repeat event was unacceptable and its investigation helped understand how safety could be improved.

“Our response is always matched to the seriousness of the event and can include the standing down of our operations until the cause of an incident is understood,” she said.

“GEMCO manages fatigue through specialised training for our people, roster design, investment in quality accommodation and supporting employees to report any fatigue concerns at the start of every shift.

“While none of our people have been harmed in any of these incidents, it is incredibly important that we apply these learnings and improve our safety performance.”

NT Mineworkers have told AMSJ following the death of a mine worker at Bootu Creek that many of the state’s mines are ‘unsafe’ and that the state’s regulator does not have the resources (or will) to adequately address the growing mine safety problems across the Northern Territory industry.

“There’s a culture of she’ll be right on many sites across the NT” the mine worker said, on the basis of anonymity.