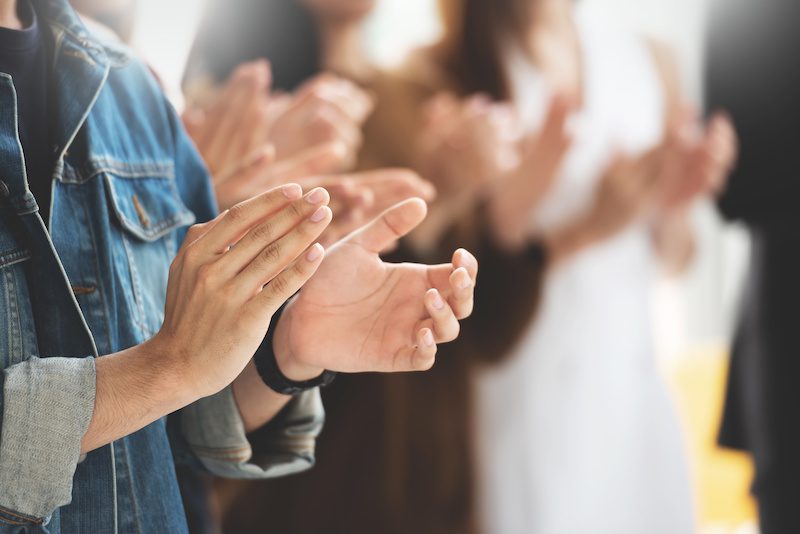 Eight finalists for the NSW Minerals Council HSEC Awards have been announced.

The NSW Minerals Council said that finalists have been chosen for their achievements in ‘workforce health’, ‘mine safety’, ‘environmental sustainability’ and ‘community engagement’.

“All of our award finalists are of a very high standard, demonstrating our industry’s commitment to improving our workplace health and safety, our environmental practices, and our engagement with local mining communities,” NSW Minerals Council CEO Stephen Galilee said last week.

Award winners will be announced at a special dinner event to be held during 2019 NSW Minerals Council Health, Safety, Environment and Community Conference (HSEC) with more than 500 people from mining communities across NSW expected to attend.

“Our HSEC Conference is one of the NSW mining industry’s most annual important events featuring a range of high calibre speakers from industry and government focusing on breakthroughs in workplace health and safety, community relations, and environmental management.”

“The Conference provides a valuable opportunity to bring our industry together to discuss our challenges, identify innovation opportunities, and celebrate excellence, with a strong focus on how we can continue to improve in the future,” Mr Galilee said.  HSEC award finalist initiatives.

Glencore’s Ravensworth Open Cut Mine is 25km from Singleton and provides over 520 jobs. In 2015, the mine was experiencing an unacceptable amount of fatigue-related incidents among haul-truck drivers and knew something had to be done.

The mine implemented the “GuardVant OpGuard Fatigue Monitoring System” on the 54 haul trucks on the site, which monitors and alerts the operator if it detects fatigue.

The system works by looking for signs of micro-sleeping or lulls in activity. Using the system, the mine works with haul-truck drivers to investigate and mitigate lifestyle and other factors which may contribute to increased fatigue.

The GuardVant system has proven to be an effective technological system for monitoring operator fatigue at Ravensworth.

A review six months after the system was implemented found a 450% increase in operators taking breaks to avoid fatigue. This success at Ravensworth has resulted in the installation of the GuardVant system in haul trucks at all Glencore Coal Australia open-cut operations.

Given the dark, wet and rocky environment in underground mines, it’s no surprise that foot and ankle injuries are some of the most common experienced by miners.

In response to reports of foot, ankle and leg pain from the 300 strong workforce at Whitehaven Coal’s Narrabri Underground mine, the mine approached Gunnedah-based podiatrist Penny Crawford to design footwear which could replace the current gumboots that the miners were using.

The System works by locking the foot into a stable position into the boot. After six months, the mine conducted a trial with miners wearing the specially made boots and found that 24 out of 25 participants would recommend the boots over other boots and their ratings for the boot far exceeded the ratings for non-Crawford boots.

Another trial 12 months later found that 75 per cent of the original participants were still using the Crawford boot, where other boots would be worn through every four months.

Whitehaven Coal now plans to introduce these new boots more broadly on site and educate its workplace about proper footwear.

Centennial Coal’s Myuna Mine in west Lake Macquarie employs over 250 people. The mine uses the herringbone mining system, part of which requires a mesh strap to be attached to the ceiling every 1.5 metres to hang ventilation tubes.

However, Centennial found that this method led to an increase in shoulder injuries which, in turn, led to delays in production. In an effort to address these issues, the Myuna Innovations Team met with its workforce to develop an alternative approach, which led to the ‘Monorail Bracket System’ that hangs down from the mine ceiling, eliminating the need for miners to install anything above their heads.

The elimination of mesh, in favour of the brackets, drastically lowered operating costs by around $500,000 a year, increased productivity and, most importantly, enhanced the health and safety of Myuna Mine’s employees.

Newcrest Mining’s Cadia Valley Operations outside of Orange is a major employer in the Central West region, providing hundreds of direct jobs and supporting hundreds more across the local economy.

When a rolling R29000 bucket dislodged a crane travelling beam from its rails during maintenance, causing it to collapse, the team at Cadia Valley Operations knew things had to change to ensure the safety of maintenance crews.

After extensive research, the Cadia team couldn’t find a purpose-built Bucket Rotational Stand on the market – so they decided to design and build one themselves.

The manoeuvrability of the bucket in the Rotational Stand allows maintenance personnel safer and more effective access to work areas, eliminating the need to climb on top of the bucket or work in positions that are ergonomically challenging.

In the ten months since the Bucket Rotational Stand was commissioned for use, all bucket repairs have been carried out on site, resulting in improved workflows, lower costs and significantly lower risk to workers.

Whitehaven Coal’s use of ecological burns in their approved Biodiversity Offsets for its Maules Creek Coal Mine in Boggabri is demonstrating leading practice for the dual purpose of ecological restoration and bushfire hazard mitigation.

This means the ecological burns are implemented competently and safely with the support of key regulators and the community.  Standard methods of ground preparation for revegetation, like ‘ripping’ and ‘mounding’, can disturb existing native vegetation, impacting the woodland/grassland condition and allowing weeds into the Biodiversity Offsets.

Ecological burns during late autumn and winter are cool, low-intensity fires that remove dry material but do not scorch native grasses and trees. The results show that Whitehaven Coal is delivering actual biodiversity outcomes from ecological burn management.

Located in the Southern part of the Gloucester Basin, Yancoal’s Duralie Coal Mine has identified a marvellous way to protect endangered and native fauna through the use of Nest Boxes.

Large areas within the Gloucester Valley have been cleared through logging, leading to a loss of native vegetation and damaging the biodiversity in the area. This has meant a lack of hollow-bearing habitat resources in trees for local fauna, as the majority of the vegetation is regrowth and too young to contain hollows for fauna to live in.

To fix this problem, as part of their biodiversity offset strategy, the team at Duralie developed an idea to build artificial nest boxes which provide a habitat for a range of endemic native birds, mammals and bats. Running since 2012, the Nest Box Program has exceeded expectations, with a plan to expand the program to accommodate more species.

Located 27 kilometres north-northwest of Parkes and employing over 300 people, Northparkes has proudly supported the White Ribbon Campaign since becoming the first mine and one of the first private businesses in Australia to become a White Ribbon accredited workplace in 2016, joining others organisations committed to preventing and responding to domestic and family violence.

They encourage their employees to stand up and speak out to challenge inappropriate behaviours. A number of their employees have volunteered their time to support programs and events within the Parkes and Forbes Shires that aim to raise awareness of family and domestic violence.

Idemitsu Australia Resources’ Boggabri Coal Mine, which employs 600 people, has worked closely with the traditional owners of the land, the Kamilaroi people, to provide an educational resource that can be used by all Australians to improve their cultural awareness and understanding of the Kamilaroi Nation.

Made in consultation with members of the Kamilaroi Nation, the 20-minute film portrays the Dreamtime stories and the cultural traditions of the Kamilaroi. The team at Boggabri Coal hosted screenings of the film to the public and has given a copy to all local schools to raise awareness of the area’s rich indigenous connection.

This is a world-class example of a mining company investing in a project to highlight the significance of and cultural connection to ‘country’ by traditional owners.

The standard that Boggabri Coal has achieved with its production ‘The Kamilaroi’ evoked genuine emotion and interest from members of the public, teachers and students alike.