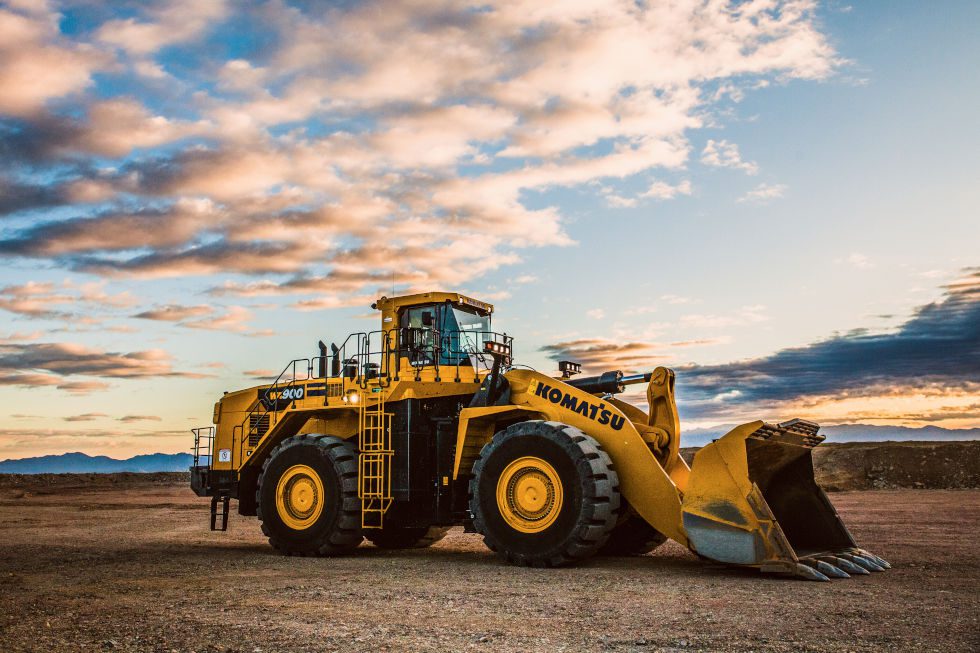 This new loader incorporates Komatsu’s  innovative “SmartLoader Logic” technology to provide the engine with precisely the right amount of torque for each part of the duty cycle.

According to Mark Summerville, Komatsu’s National Product Manager, this feature improves fuel economy by up to 10% compared with the previous model, while also increasing productivity.

Further productivity improvements including the addition of a modulation clutch for controlling speed and torque, along with faster boom raise speeds to give for faster cycle times.

“These features, combined with automatic dig and a semi-automatic approach and dump system means the WA900-8R can significantly improve an average operator’s efficiency,” he said.

The new loader also includes a Komvision obstacle detection system that uses radar and 360-degree cameras to alert and prompt the operator to react if a person, vehicle or obstacle is detected – greatly improving the safety of personnel in and around the machine.

Features that contribute to increased productivity, while reducing operating costs, include:

SmartLoader Logic optimises engine torque across all applications to minimise fuel consumption, while always ensuring the loader has the torque and digging power it needs.

The system is matched to the loader’s automatic transmission, with an electronically controlled modulation (ECM) valve that automatically selects the correct gear speed based on travel speed, engine speed, and other travel conditions.

“It also allows the loader to achieve higher gear ranges and maintain higher travel speeds when working in load-and-carry applications.”

Another new feature is a tyre slip control system, which has been proven to be effective in extending tyre service life. When it senses tyre slip, it applies the modulated clutch to control the torque converter and minimise tyre slip.

“All these features combine to reduce fuel consumption by up to 10% – while also increasing productivity – compared with the WA900-3E0,” said Mark.

Along with ergonomic improvements, it contributes to higher operator productivity, easier and safer operation, and reduced fatigue. Cab features include:

It’s designed to significantly reduce operator fatigue and improve efficiency ensuring optimum bucket fill every time the machine enters the pile, whether in rock or in loose materials.”

This system is designed to work in conjunction with a new semi-auto approach and dump system.

“This automates boom lift and bucket dumping when approaching a dump truck, particularly in ‘V-shape’ loading operations,” he said.

“Combining this with our automatic digging system, loading operations from stockpile to dump truck is made much easier, and operator effort and fatigue greatly reduced.”

And with WA900-8R loaders frequently used in load-and-carry applications, Komatsu has standardised on an electronically controlled suspension system (ECSS) to substantially reduce pitching and bouncing on uneven surfaces.