Queensland lawyers have welcomed the new Queensland mine health and safety laws. Maurice Blackburn State Managing Principal Rod Hodgson has welcomed the introduction of industrial manslaughter laws for the mining industry introduced by the Queensland Government.

“These important new protections help to establish Australia’s toughest regime of work health and safety laws and regulations for mining and quarry workers, bringing them into line with other workers in Queensland.

“For too long mining sector bosses have argued they ought not be subject to the same laws as every other Queensland business.

“This has resulted in the tragic loss of six lives in Queensland mines over the past 18 months as the sector has repeatedly shown itself to be incapable prioritising worker safety over profit.

“People at all levels of the workplace need to get the message: if your workplace is unsafe and you are putting your workers at risk then you could go to jail.

“Under the Government’s new laws the message is now clear that if a mine worker dies as a result of your negligence severe financial penalties and significant jail time can follow.

“Of particular significance is the new offence of ‘negligence causing death’ which strengthens regulation and compliance around workplace health and safety.

“Through this legislation the State Government has sent a strong message that safety must always be the number one priority on any worksite,” he said. 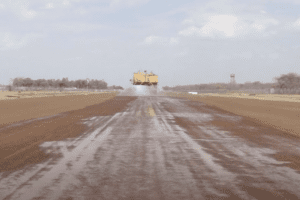 CRIME & PUNISHMENT: Have the new industrial manslaughter laws got anything to do with healthy, safe workplaces?