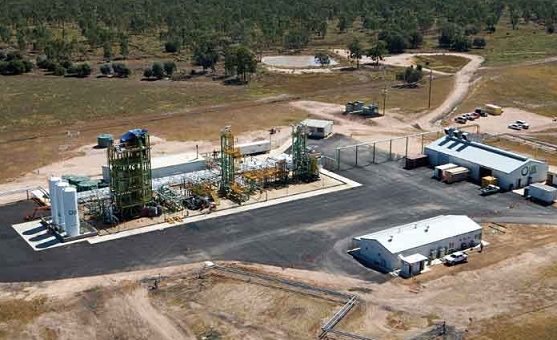 Workers at Linc Energy’s underground coal gasification plant near Chinchilla in Queensland were allegedly exposed to dangerous gases over several years, according to the ABC.

The public broadcaster claims to have sighted an “internal government briefing document” that says a series of “uncontrolled releases” of gas affected the health of workers between 2007 and 2013, when the project was wound up.

Documents filed in the Brisbane Supreme Court allege that the company tried to hide a number of breaches from government inspectors in 2012 and that staff were aware that toxic gas routinely leaked into the air and surrounding waterways.

According to the briefing document, a medical expert advised the government that the symptoms presented by the affected workers were, “…consistent with exposure to the known chemical constituents of syngas”.

In November of 2013, Linc Energy suddenly announced the company would wind up the Chinchilla UCG project and move headquarters offshore.

At the time, Peter Bond, Chief Executive Officer of Linc Energy, said he was personally very disappointed that the company was forced into making the decision.

“…due to regulatory uncertainty in Queensland over the last several years in particular, I do not believe that we have been afforded a level playing field or offered a ‘fair go’ with access to the basic right of statutory due process,” Mr Bond said.

“As a result, the Board has taken the heavy decision to continue to drive the UCG business offshore, thereby ensuring the future deployment of UCG in regions like Asia, which are seeking long-term energy security and cost independence from rising prices of natural gas and LNG.”

Then in April of last year, The Department for Environment and Heritage charged Linc Energy with causing serious environmental harm at the company’s pilot Underground Coal Gasification (UCG) plant near Chinchilla.

The then Environment Minister, Andrew Powell, said investigators worked on the case for nine months after a number of tip-offs from confidential informants about irregularities at the plant.

“As a result of this ongoing investigation, the Department of Environment and Heritage Protection has now filed charges against Linc Energy for causing serious environmental harm,” Mr Powell said at the time.

“We take matters such as these very seriously and there are severe penalties for companies or individuals that fail to meet our high environmental standards.”

Linc Energy is yet to provide comment on these recent allegations.