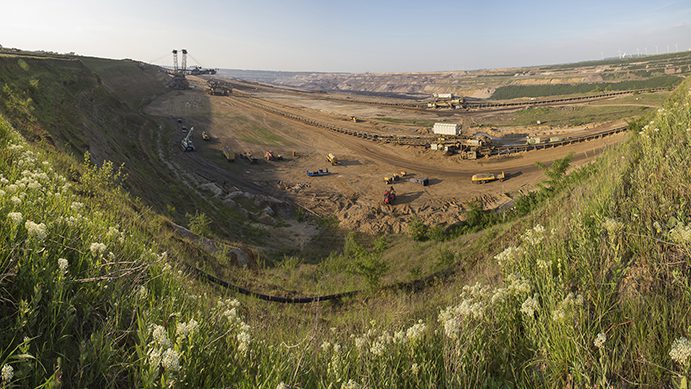 Mining companies increasingly recognise that they operate within a community and are obliged to be a good neighbour, abiding by the community’s right to know about neighbourhood decisions that might affect them.

Traditionally, community involvement has focused on new projects, but this is gradually shifting towards ongoing operations. Over the last few decades, the community has become more concerned about environmental issues and is more likely to complain about any problems.

Furthermore, employees are increasingly looking to work for mining companies that are doing the right thing for the environment. Customers and suppliers, including banks and insurers, are also happier doing business with a mining company that is proactive in managing their environmental impacts.

Strategies for communicating with stakeholders on environmental issues will vary according to the audience and the issue. The information provided to on-site personnel is likely to be more technical and detailed than that required by neighbours and the wider community.

In addition to these stakeholders, a company must ensure adequate information is provided to environmental regulators and the Site Environmental Officer (SEO) should initiate routine contact with regulators. The SEO is the person on site who has the responsibility for the environmental performance of the site. This person may not have this precise title, in fact they may be the mine manager, but their duties include ensuring that the environmental performance of the site meets the standards required by the organisation, the regulator and the wider community.

COMMUNITY EXPECTATIONS & LICENCE TO OPERATE
Community expectations often drive the need for improved environmental performance by industry. In the past, the community relied on government acting on their behalf to ensure acceptable environmental performance – members of the community were more willing to accept that merely being kept informed was enough. Today, however, they want to be directly involved in decision-making. The Shut The Gate movement is an example of this type of community behaviour.

With greater access to information, particularly through the internet, the general community has helped raise environmental concerns and eventual environmental performance.

The frustrating aspect of this type of activity is that democracy is not involved. The community protests are always conducted by a minority within the community. This does not mean we should ignore them or that such opinions are not valid. The elected government has a much broader constituency to address and is also required to administer existing legislation in an impartial manner.

COMMUNITY EXPECTATIONS VS GOVERNMENT EXPECTATIONS
The different expectations of the community and government arise from the various definitions of community from operation to operation. It may include neighbours; local residents (within two to three kilometres); special interest groups such as Greenpeace, WWF (World Wildlife Fund), Australian Conservation Foundation and Sea Shepherd; competing land users such as farmers or land developers; shareholders for both public and private corporations; financial organisations and other sources of funds; customers and clients; your own workforce; trade unions; and regulators.

Usually it is the people most affected by a new project that trigger – and give power to – the vocal minority. This reaction is also known as NIMBY – not in my backyard. NIMBY is based on the fact that most people are generally not opposed to mining operations per se ? they just do not want them next door. Be wary of anything which can impact current or future property values.

Land planning legislation governs new projects that require a change in land use zoning. For example, in Queensland this is the Sustainable Planning Act 2009. The environmental impact of any new development must be considered. Major projects are required to submit formal environmental impact assessments for public comment, and proponents must address these comments and concerns. Government regulators may be influenced by the level of adverse reaction when determining whether the project will proceed, or if additional safeguards are needed to meet public concerns.

Existing industrial operations can also face increased community criticism. Historically people lived close to the quarries and mines where they worked. With better transport and planning controls this is no longer acceptable, but there are many examples of local planning controls that have resulted in increasing urbanisation, encroaching on what were originally industrial or rural areas. This encroachment, known as urban blight, is likely to affect operating sites.

Another threat over existing operations is a backlash against incidents that impact on the local population. Drawing negative attention to your operations is likely to inflame community criticism especially if the site has not got a positive relationship with its neighbours. A major incident can result in community outrage which is extremely difficult for the mine or the government to control.

HOW HAS COMMUNITY INTERACTION BEEN HANDLED IN THE PAST?
DAD is short for decide, advise, defend. Do not be a DAD! This was the old way of introducing new projects ? when all the initial planning and evaluation of options was done without interacting with the community. The selection was announced to the public as a fait accompli and the inevitable criticisms were refuted as the organisation clung to its original proposal.

Using this method is always likely to create entrenched opposition. By seeking community involvement as early as possible, especially in the evaluation of options, you are more likely to defuse community concern. This allows you to present your case without confrontation, which may be possible to produce the same result without criticism from the community.

COMMUNICATION STRATEGIES
Proponents (i.e. those who are putting the project forward) often benefit from being proactive in their communication strategies with the local community, government bodies and their workforce. Benefits include:

WORKFORCE
One of the SEO’s roles is to champion the environmental goals and aspirations of the organisation. This is achieved by developing a good communication strategy to educate and inform the workforce. Some key points to emphasise are that:

These points are true for all employees of an organisation including management. These key points are usually communicated to the workforce during induction, but it is important to have refresher sessions to provide updates on the organisation’s environmental goals and performance.

Other elements, which may be communicated to the workforce, include key performance indicators such as environmental targets, changes in policies, the consequences of non-compliance, individual duties or responsibilities, reports and critical reviews of recent incidents and future plans.

Communication can be via newsletters, noticeboards, bulletins, the organisation’s intranet and email. Another common communication tool is weekly, even daily, toolbox meetings where operational, health and safety and environmental issues are reviewed. In some organisations, the annual meeting or webcast sessions are also used. The SEO’s task is to incorporate the environment into normal operations.

This may sound vaguely like a management textbook but it is reality. From a community perspective, how truck drivers operate a vehicle on the street (i.e. producing noise) is a reflection of the site and the organisation’s attitude to environmental compliance, not just that of the drivers.

NEIGHBOURS
The key to managing relationships with neighbours is to think and act like a neighbour. When developing a communication strategy with neighbours, first assess if you are located in an industrial or a residential area. When located close to a residential or mixed use zone operational hours will usually be restricted to daytime, while operations in a remote area are likely to be more flexible given the greater tolerance for noise and traffic.

It is important to maintain routine contact with neighbours to inform them of your activities (especially changes in operational conditions) and to provide them with contact details and procedures in case of emergencies. It is a good idea to notify them immediately of any unusual activity and to respond promptly to any complaints. There are many examples of individuals buying a residential dwelling close to a mine site. They may have bought at the weekend or during a holiday period when the site was closed and only realise some of the nuisances (noise, traffic, odours) associated with the area once they move in. They may then try to shut down the operation or request operational changes to improve their own amenity. This type of behaviour may seem unreasonable and is not unusual but these people should not be ignored. Listen to them and be willing to understand their concerns. This does not mean that you have to agree with them but something may be done to improve their amenity without spending a lot of money or unreasonably restricting operations.

It is also important to have regular contact with adjoining neighbours and inform them of proposed improvements, and be open to discussion to alleviate any concerns they may have. There could be site visits, open days and the nomination of a liaison officer with contact details for neighbours. Letter drops or information notes in the local paper are also possibilities. The objective is to have your neighbours communicating with you directly and not via the regulator.

It is worth keeping up-to-date with local government plans for the area particularly if any land rezoning is proposed. You are entitled to lodge an objection if the proposed use is incompatible with your operations. Land zoning is a fundamental tool to reduce the environmental impact of mining operations on residential areas by separating the two.

COMMUNITY
The community not only includes neighbours but also the population living further away from the site, or even interested environmental groups. These stakeholders will most likely have different concerns and interests; therefore an array of strategies will be required to publicise your activities. Some topics which may be of interest to the community include company policies, future plans for expansion, recent incidents, scheduled abnormal operational conditions and progress reports.

Philanthropic donations by corporations, however, are not as common in Australia as they are in other countries. One major corporation views corporate sponsorship as a rewarding opportunity for its employees, contractors, franchisees and distributors. Benefits include: