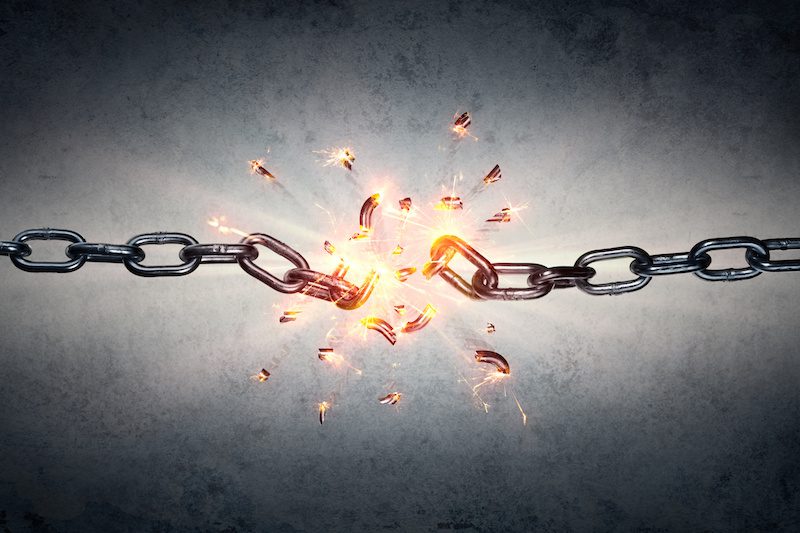 A maintenance mineworker at a NSW coal mine has received a hard lesson in ensuring that correct load rated equipment for lifting and pulling equipment is applied after he broke a leg after a load point failure.

The NSW Resources Regulator reported that a worker, who was carrying out maintenance activities at the maingate of longwall 425,  suffered a broken leg. The worker was using the shearer haulage to pull a flight bar when the rud link on the shearer failed, hitting the worker on the lower part of the leg.

The Regulator has recommended to the mining industry that when conducting any lifting or pulling work, operators must be able to identify correctly rated lifting components before carrying out the work. The total forces applied must be understood and all equipment must be rated accordingly.

The mine has been issued a Section 195 notice under the Work Health and Safety Act 2011 prohibiting this activity.

The incident is the subject of further investigation and additional circumstances may be identified by the regulator.

Past load rated equipment incidents have demonstrated that incorrect loading of chains, slings and other lifting components can have significant consequences. An incident at a Gold mine in June last year resulted in a mineworker rushed to hospital unconscious after he was struck in the head by a chain.

In a Queensland mining-related incident 2009, a worker ended up with his toes amputated when a 360 kg suspended load fell after lifting lugs had been incorrectly welded to a cone crusher mantle.

Investigation of lug or chain load-related incidents may typically focus on several factors including:

AMSJ notes that the term ‘rud’ link does not imply that the product is manufactured by RUD Australia and is a generic term used across the industry.

AS 1666 – Wire Rope Slings – Product Specification, Care and Use

AS 2759 – Steel Wire Rope – Use, Operation and Maintenance

AS 4497 – Roundslings – Synthetic Fibre – Product Specification, Care and Use