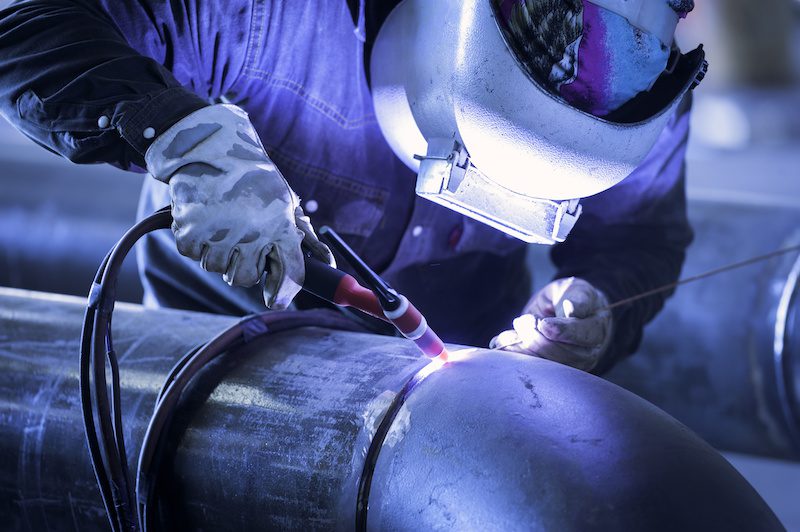 An industry group has called on both sides of Government to regulate compliance with Australian welding standards in the midst of on-going structural failures and potential loss of life to Australian workers.

It said that without regulations that mandate compliance to Australian Standards for the manufacture, fabrication and erection of steel, procurement decisions will continue to focus on the lowest common denominator: cost. Apart from increasing overall costs for public and private infrastructure projects, this complete lack of regulation is putting Australian lives at risk. The problem is that, if structures and components are not fabricated in accordance with welding standards contained in Australian Standards, there is simply no way to guarantee that they will not fail.

According to Geoff Crittenden (CEO, Weld Australia), “It is Weld Australia’s position that it does not matter where our steel infrastructure is made, as long as the fabricator is certified to AS/NZS ISO 3834, and the steel is manufactured and welded to all specified Australian or international standards.”

“Our rationale is, that given a level playing field, Australian welding is internationally price competitive and can deliver world-class quality. We have developed this view after acting as advising welding engineers on many large-scale projects fabricated in Australia and overseas. However, it appears that this is not immediately obvious to those charged with procuring multi-million-dollar projects,” said Crittenden.

As reported in The West Australian, in a recent speech to the West Australian Mining Club, Orica Chief Executive, Alberto Calderon, explained their billion dollar-plus Pilbara explosives plant was shut down after a ‘terminal cancer of leaks’ caused by faulty welding done in China.

Mr Calderon said the 330,000 tonnes-a-year plant, which began operating in 2016, made quality technical ammonium nitrate,‘but after producing about 70,000 tonnes the leaks became unsustainable’. He went on to explain that components operating at very high temperatures, including the heat exchangers, ‘become absolutely useless’ as they ‘suffered this terminal cancer of leaks’. In his view, joint venture partner Yara (who was responsible for the construction and ongoing operation the plant) did not sufficiently manage the quality of the welding completed in China.

Orica marked down the value of its 45% share of the plant by $155 million in April 2019, indicating a total direct cost of the defective equipment of about $340 million. In 2012, the plant was expected to cost $US800 million and start production in 2015. According to Mr Calderon, the delay is ‘costing us millions of dollars every month’.

“Weld Australia congratulates Mr Calderon for his openness and honesty in raising the issue of weld quality. In most cases, the large multinationals and governments who suffer the same fate do everything to cover up their problems,” said Crittenden.

“I recently met with a senior engineer from a large mining company who had procured substantial amounts of fabricated steel infrastructure from offshore suppliers during the mining boom. He reported that their maintenance bills were off the scale and that production was limited by the poor quality of the welding.”

“In line with Mr Calderon’s point on supervision, the senior engineer explained that the mining company had spent so much on production oversite and fault rectification that there was almost no cost benefit to offshoring the work. In fact, once you included the maintenance costs, it was more expensive than locally procured fabricated steel. And yet, that same mining company has just announced that 20,000 tonnes of structural steelwork is to be procured from China for a new mine,” said Crittenden.

“It would be easy to cite hundreds of similar examples from mining, oil and gas, civil works, rail car and infrastructure procurement. It’s certainly no secret, and to be fair, not limited to Chinese fabricators. So why is the same mistake being repeated time after time?”

“From an outsider’s perspective, it appears that clients are taking a very narrow view of project costs, allowing ‘cost to buy’ to dominate the procurement process rather than whole of life (cost to commission and to operate). If this is the case, then they are not demonstrating value for their shareholders or tax payers—merely concealing the true cost of the project.”

“There are no doubt geo-political and financial considerations to be weighed but it is hard to see how either can offset higher overall costs. However, if that is the case what about local social and economic consequences of offshoring?”

“Since the beginning of the last mining boom, the Australian steel fabrication industry has shrunk by 30% because of exactly this type of short-sighted procurement decision. Not surprisingly, a huge number of Australian fabrication companies have gone broke and closed their doors, resulting in thousands of welders leaving the trade,” said Crittenden.