Two truck drivers could face fines of tens of thousands of dollars after they were found to have seriously contravened dangerous goods transport regulations.

The drivers were stopped in Albany by Dangerous Goods Officers from the Department of Mines and Petroleum (DMP) and WA Police.

“In addition, we will allege the vehicle had no emergency equipment or eyewash in the case of a spill, the fire extinguisher was out of service and the chemical load was poorly restrained,” DMP Dangerous Goods Officer Peter Xanthis said.

A second vehicle was also issued with an infringement.

“This truck had no firefighting equipment at all, again there was no emergency equipment, it had the wrong placarding and there were no breakdown triangles, so if the truck had to pull over on the side of the road, it could have been very dangerous for other motorists.

“These situations put the driver, other road users and emergency response staff at serious risk.”

The two drivers were given remediation notices, which requires all issues to be fixed within given timeframes.

Their companies will also be issued infringement notices. 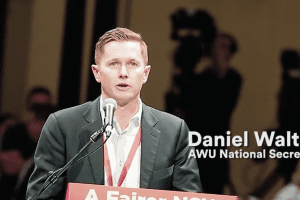