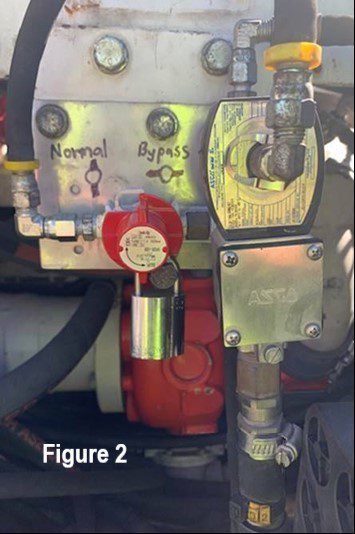 The Queensland Government, Mine Safety Regulator has provided information on reports and subsequent investigations into incidents where methane detectors fitted to underground coal mine explosion-protected diesel engine systems have been found to have been bypassed.

The report stated, “It is generally not known how long the machines had operated underground at the mines with the methane detector bypassed. It is expected that the implementation of recommendations will reduce the risk of machines operating without methane detectors interlocked to engine safety shutdown systems.”

On the 14 November 2020 weekly methane detector gas calibration checks were being carried out on a personnel transporter fitted with an explosion-protected diesel engine. The methane detector safety circuit bypass valve was found in the bypass position.

On the 11 July 2020 scheduled maintenance tasks were being undertaken on an underground coal mine LHD fitted with an explosion-protected diesel engine system.

During routine methane detector gas calibration tests the explosion-protected diesel engine did not shut down as expected. Investigations by the mine identified that a methane detector bypass switch was positioned in the bypass position.

The incident investigation identified that the design of the lockable switch cover was not tamper-proof and additionally the cover could be locked with the switch in the bypass position.

On the 16 April 2020 during scheduled gas calibrations on a hired LHD, it was found that a bypass valve on the methane detection circuit was locked in the bypass position. In this instance, this was a secondary mechanical bypass not located in a typical position on the machine.

The investigation identified that the bypass valve was not identified during site introduction procedures and was not of a tamper-proof design.

The report summarised the incidents of bypassed Methane Detector on Explosion Protected Diesel Engines conducted by the Mines Inspectorate into the cause and circumstances of the incident and provides the investigation findings and recommendations to the industry.