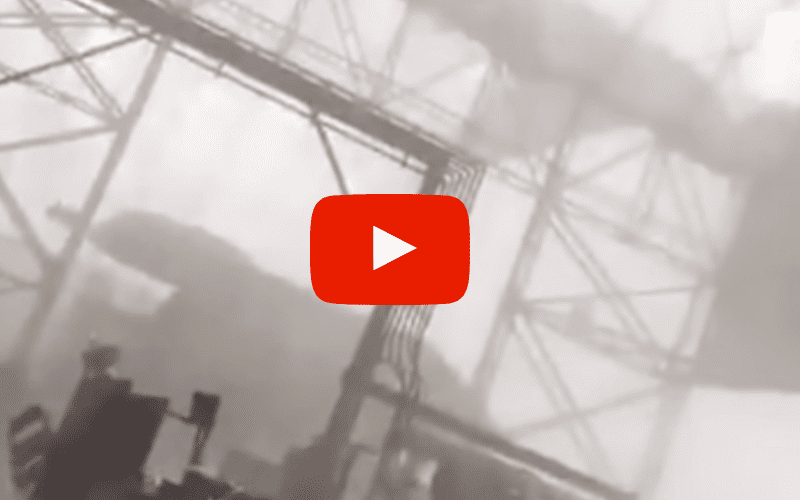 Alarming scenes of a mining workshop collapsing around maintenance personnel have drawn the attention of the Queensland mining safety regulator who is said to be commencing a review of structure safety on mine sites. Watch the video of mine workshop collapse below.

Several buildings at the BMA Peak Downs Mine were destroyed in a storm that decimated parts of the Bowen Basin region in November 2020.

According to information supplied to AMSJ, the Thiess Maintenance Workshop collapsed in the storm resulting in mine personnel being exposed to a range of critical risks including falling structures, power sources and uncontrolled compressed air hoses.

A person conducting a business or undertaking that designs a structure that will be used, or could reasonably be expected to be used, as a workplace must ensure, so far as is reasonably practicable, that the structure is without risks to health and safety. This duty includes carrying out testing and analysis and providing specific information about the structure.

The shocking footage below shows the moment of collapse of the workshop in the storm. Miners can be seen sheltering in a converted shipping container.

BHP confirmed that the safety systems it has in place mean that its staff were prepared for the storm event and there were no injuries.

Forces of Nature | Disaster Prevention at Mine Sites

It’s not the first time a similar incident has occurred. WA miners were killed in a storm event when an unsecured portable building was destroyed by a storm.

Back in 2007, Cyclone George claimed the lives of Debra Till, 47, and Craig Raabe, 42, while they sheltered in temporary accommodation dongas South of Port Hedland.

The WA State coroner found that the despite the camp being in a “cyclonic wind region”, the dongas were built using design standards that were applicable to “non-cyclonic wind areas”.

“It is hardly surprising that they were unable to withstand the cyclonic winds to which they were subjected on 9 March 2007,” she said.

“They were not designed nor constructed to withstand such forces.” Read more on this story

Miners were also caught in a Crib Room that was blown over in a storm at the Jellinbah mine several years ago.