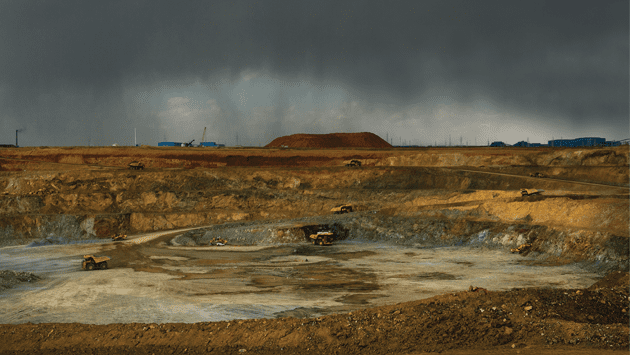 In a land beset with floods, droughts, cyclones, bushfires and dust storms that can shut down a city, it’s vital for mine sites to be fore-warned and properly prepared. The 2020 season looks to be no different with high chances of increased rainfall across Australia.

It’s not uncommon in Australia for there to be a snowstorm one end of the country and a heatwave the other. One state will be neck-deep in floodwater while another has been brought to its knees by drought. Fires rage, cyclones howl and temperatures soar – and that’s just your average Summer in our wide brown sunburnt country.

For miners operating in Australia’s far-flung places, the whims of weather can have serious, sometimes devastating consequences. Floodwaters can inundate mines forcing their temporary closure and threatening nearby natural waterways.

Extreme temperatures can affect rail lines, monitoring equipment, diesel machinery and worker health. Dust storms can ground FIFO flights. The destructive force of cyclones can close major shipping ports as well as damage buildings, infrastructure and transmission towers and lines – not to mention how they threaten the safety of workers.

For example, in 2007 two workers were killed after Cyclone George tore through one of Fortescue Metal Group’s mining camps in the Pilbara of WA. After this tragic incident, cyclone shelter safety suddenly took on greater importance with the WA Local Government Association recently pushing for an improvement to cyclone shelter standards.

The Summer of 2010/2011 also demonstrated to Queensland miners why the quirks of Mother Nature should not be regarded with complacency.

While Queensland experienced a record-breaking and unprecedented level of rain from December 2010 to January 2011, it seems many mines were simply underprepared for anything above moderate flooding.

This was despite the fact the Bureau of Meteorology (BOM) had forecast the high possibility of a significant wet weather event that season. Many mine operators claimed to be unaware of the scale and severity of the Bureau’s forecast, despite the information being readily available.

With severe and unpredictable weather events on the rise, the importance of having robust and flexible natural disaster management plans in place was highlighted in the Queensland Floods Commission of Inquiry.

Following is how the Queensland Floods Commission of Inquiry summarised events:

Prolonged rainfall over Queensland’s mining regions during the 2010/2011 wet season severely affected the industry. Huge volumes of water poured into pits and leaked into underground areas. Following years of drought, some mines had been designed to catch as much runoff as possible. Storage facilities and dams became so full that operators were forced to pump excess water into pits. Access to equipment, storage facilities and monitoring sites was cut. Gigantic mining equipment was swamped by floodwaters.

Eighty-five per cent of Queensland coal mines had to either restrict production or close entirely. In May 2011, Queensland’s coal mining sector had recovered to only 75 per cent of its pre-flood output. The economic repercussions of these events were a loss of $5.7 billion (2.2 per cent) in Queensland’s gross state product for the financial year ending June 2011, and a reduction in royalties received by the Queensland Government.

Surprisingly, many Queensland mine operators during this period claimed they were not aware that the Bureau of Meteorology had forecast much greater than average rainfall, despite the information being readily available on the Bureau’s website. According to the Commission:

It was not until December 2010 (only weeks prior to the deluge) that Rio Tinto, for example, realised that a significant wet season might be approaching. The operators of Century mine were aware of the general thrust of the Bureau’s forecast in the second half of 2010, but had no specific advice about the Gulf region in which that mine is located. Others did obtain and use forecast information: from March 2010, Xstrata had a staff member reviewing and distributing to employees publicly available weather forecast information for the Rolleston coal mine, including seasonal, weekly and daily forecasts.

Very few specific actions were taken in response to the Bureau’s forecast by the operators of mines used in the Commission’s case study.

One operator which did react was Anglo American; it undertook a pre-wet season review at its Capcoal mine which identified risks and recommended infrastructure upgrades, in consequence of which Anglo purchased additional pumping equipment.

However, the Commission summarised:

Most companies took at least some action to implement their water management plans and deal with issues arising from previous wet seasons. Ensham, which had experienced significant inundation in 2008, constructed levees to protect it from a flood with an average recurrence interval of 1000 years in the Nogoa River. It had also installed additional pipe infrastructure. Arrow Energy was building additional dams and planned to build a water treatment plant. Xstrata implemented a system of levees and diversion channels to move water away from mine pits, and responded to short-term forecasts of rainfall of over 50 millimetres by checking diversion channels and pumps and blocking off ramps that might allow water to enter operational pits.

While the Commission accepted that many mine owners felt they had no time to prepare for such high levels of flooding, it also pointed to a range of simple measures, such as checking and installing new pumps and upgrading dams and water management systems that could be done easily and quickly without a wet weather crystal ball:

Representatives from MMG Century and Anglo American indicated that seasonal forecasts did not provide enough lead time to build infrastructure to cope with flooding. That is true for long term solutions to the threat of flood.

Other measures, such as checking pumps and drainage channels or auditing response capability, do not require such lead times. Knowledge of forecasts can help operators to prepare for the wet season ahead, for example by preparing applications for transitional environmental programs and opening lines of communication with DERM (Queensland’s Department of Environment and Resource Management).

Mine operators should take primary responsibility for obtaining and reviewing the best forecast information available. It would be sensible for operators of sites at high risk of flood to obtain region specific forecast information (both seasonal and short-term) directly from the Bureau of Meteorology. The Bureau does provide such a service for some mines currently.

“Mine operators should take primary responsibility for obtaining and reviewing the best forecast information available.”
Queensland Floods Commission of Inquiry 2012

Mines reminded not to get caught napping

Expert CWS staff offer tailored forecast services to support operations and strategic planning in weather-sensitive industries such as mining (both onshore and offshore).

The service includes real-time forecasting of weather and related oceanographic elements such as wind, waves, temperature, rainfall tailored to clients’ needs as well as severe weather forecasting of events such as tropical cyclones and thunderstorm squalls.

Surprisingly Australia’s long-range weather isn’t predicted by red sunsets, rings around the moon, the social lives of ants or Grandma’s dicky knee. As fun as that would be. Modern meteorologists instead employ the boring, yet arguably more accurate method of studying historic seasonal data and temperature patterns in the Pacific and Indian Oceans.

These temperature patterns greatly influence the weather in Australia, and produce our old friends El Niño and La Niña – weather patterns that dictate ocean temperatures and the volume and frequency of rains, cyclones and storms in this country.

El Niño events come about when the tropical Pacific Ocean becomes warmer and is often accompanied by cooler than normal sea surface temperatures in the western Pacific, and to the north of Australia. El Niño generally indicates a period of drier conditions including drought.

La Niña events are the opposite; they occur when the tropical Pacific ocean becomes cooler and is often accompanied by warmer than normal sea surface temperatures. This in turn leads to the likelihood of wetter conditions over much of Australia, particularly over eastern and northern areas. Cyclones usually increase during a La Niña period.

Australian meteorologists calculate monthly or seasonal fluctuations in the air pressure difference between Tahiti and Darwin. This is called the Southern Oscillating Index (SOI) When the SOI is negative (or low) over a sustained period an El Niño episode is likely. Conversely a sustained positive (or high) SOI suggests a La Niña episode.

The Bureau of Meteorology has issued a season outlook this week that points to:

The 2020/21 fire season will be driven by vastly different climate drivers than the previous two fire seasons. With a La Niña ALERT now active, large areas of eastern and northern Australia are expecting wetter than average conditions through spring. Despite the wetter climate signals, parts of Queensland face above-normal fire potential in the south-east and central coast, extending to the north.

While these wetter conditions in eastern Australia will help in the short-term, they may lead to an increase in the risk of fast running fires in grasslands and cropping areas over summer. These conditions will be monitored closely over the coming months.

In contrast to the wetter conditions for the east, dry conditions persist in Western Australia, with above-normal fire potential continuing to be expected in parts of the north.

Fire is a regular occurrence across Australia, and it is important to remember that areas designated as normal fire potential will still see fires. Normal bushfire risk does not mean there is no risk.

The Australian Seasonal Bushfire Outlook is produced quarterly to be used by fire authorities to make strategic decisions such as resource planning and prescribed fire management to reduce the negative impacts of bushfire.

The mid-north of South Australia and the Adelaide region are recognised as having one of the highest potentials for earthquake activity in this country, however, it’s important to know that earthquakes can occur in any part of Australia at any time.

While earthquakes are notoriously hard to predict with any accuracy, Geoscience Australia has developed an earthquake ground motion model better suited to Australia’s geography and conditions compared to those used overseas.

So how many earthquakes can we expect in Australia this year? Your guess is as good as anybody’s…

Dust storms, like the one that engulfed Sydney in 2011, usually occur during the Summer months but have been known to happen at any time of the year if conditions are right. These potentially destructive storms more commonly occur after a prolonged dry spell or during a drought, so most parts of Australia should see limited risk of this natural phenomenon in 2014.

Dust storms have the potential to damage the engines of vehicles, trucks and a range of equipment used on mine sites. FIFO flights have also been known to be grounded or diverted due to one of these rolling mountains of airborne dust sweeping in from the deserts.

FIFO pilots are advised to report any sightings of dust storms to the Bureau of Meteorology, particularly in remote areas where opportunities for observations are few.

Temperatures in general for late 2020