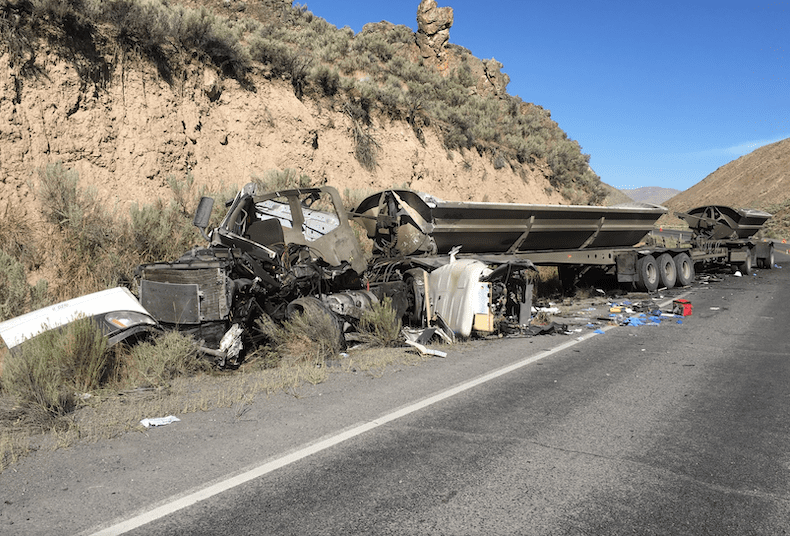 A side tipper hauling ore has collided with a mine bus carrying Nevada Gold Mines employees on Saturday morning in the US. The accident has left two dead and twelve seriously injured.

The road leads to several mines operated by Nevada Gold Mines a joint venture between Newmont and Barrick.

The incident highlights the potential severity of mine bus collisions particularly those buses operating on routes where frequent heavy haulage is also operating. In 2018 a minibus rollover injured contractors from UGM travelling from Cook Colliery to BMA Blackwater.

Investigations underway into US mine bus collision

Preliminary investigations indicated that the side tipper was travelling southbound on a curve, crossed the centerline and collided with the mine transport bus head-on, according to a Facebook post from Nevada Highway Patrol.

The University of Utah Health told a local news source that up to 15 victims were being flown to their hospital in Salt Lake City, while Intermountain Medical Center in Murray is receiving additional victims from the crash.