AMSJ » Hopes fading for mine worker buried in wall collapse 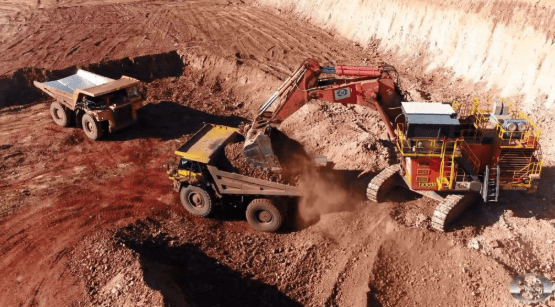 Hopes are fading for the mine worker buried in a wall collapse at the Bootu Creek mine near Tennant Creek in the Northern Territory.

Police last night confirmed that the unstable geological conditions had hampered rescue efforts to recover the mine worker and that the probability of survival of the worker was fading.

AMSJ has been informed that the mine worker was not in a vehicle at the time of the incident however, we advise that we have not been able to verify the source following the site’s media clampdown.

This morning an organiser of the Construction, Forestry, Maritime, Mining and Energy Union (CFMEU), Kane Lowth, told NT News that his thoughts were with the family, friends and workmates of the missing worker.

But he added a warning saying “There has been an increased number of serious incidents and fatalities across the resource industry of late and we are not learning from it.”

“After a spate of critical incidents in Queensland, all Mines have done or are doing mandatory resets to put the focus back on safety.”

“At the very least the CFMEU demands from the Territory’s Resource Minister the same response for workers here.

“Minister Kirby has to get on the front foot after this tragedy and put this sector on notice that safety comes before production and allocate all the appropriate resources and responses immediately”.

“While this investigation was ongoing, it is a fact that people are three times more likely not to return home from work in the NT than any other state or territory in the country and that calls for a major change in how we do business here

“We should never be silent on safety and sadly for some companies safety becomes a poor second to their operations.”

The geotechnical incident follows the death of David Routledge at the Middlemount mine in Queensland in June 2019. The Queensland Mines Department issued an alert to mines regarding the need for increased geotechnical assessment.