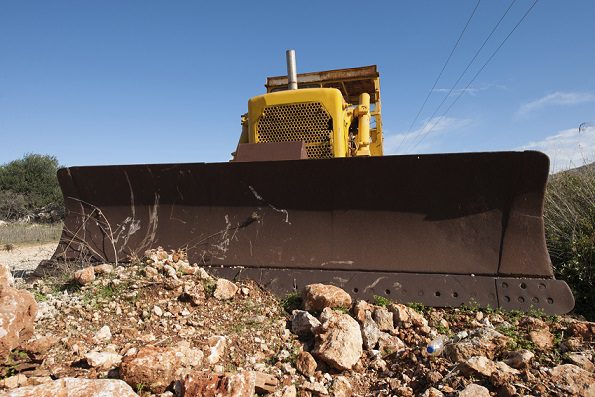 Mine companies are not doing enough to prevent permanent injury to workers who operate high vibrating machinery, and are putting productivity targets before workers welfare, according to an expert in the field.

“Some machines like bulldozers, when they’re doing particular tasks like ripping can be very, very rough and sometimes intermittent use of these machines is no problem at all but long-term exposures can be a problem.”

“It seems that the spine fatigues with this constant vibration but there are other types of disorders like gut disorders and circulatory disorders that may occur as a result of vibration,” she said.

Ms McPhee said she was concerned that on some mine sites, production targets came before safety.

“I do think that production is a mindset in mining. Sometimes production will take precedence over other things that may actually have long-term implications,” she said.

“It’s very hard sometimes to make the call if you’re not aware of it or if you don’t understand it very well.”

The World Today  spoke to a former Central Queensland coal mine worker who said he suffered numerous health complaints as a result of operating heavy machinery for extended periods – up to 11 hour shifts.

“I think personally that the industry looks after the worker’s individual safety until such time as production targets aren’t being met, then the people just get pushed to the side and production targets sort of take over,” he said.

“They do want you in the machine, moving the whole time,” he said.

“If you mention that something is wrong with a piece of equipment or if you’ve got an issue they just give you another machine and maybe someone else will drive that one … so I don’t think enough is really being done to tell you the truth,” he said.

A female coal mine worker also told The World Today that at her mine, women must sign a waiver acknowledging the risks of vibrations on their reproductive health.

“It’s not that women aren’t allowed to operate the track dozers, it’s only recommended that we don’t due to the harsh vibrations it sends through your body and this is known to cause effects on a woman’s reproductive system,” she said.

She said the women who do operate machines tend to have already had children.