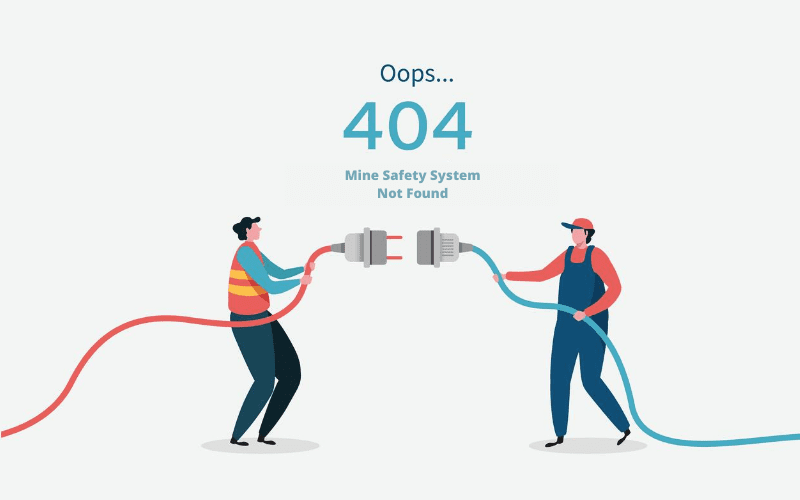 The Grosvenor Mine explosion has begun to unravel some interesting facts about the State of Queensland’s mining safety regulator.

As I watched the inquiry unfold yesterday, I was truly shocked by the failure of the regulator to address a fundamental component of safety practice – the process of data capture, and the ongoing management of mine safety and health incidents in the Queensland mining industry.

Yesterday we heard about the process, where inspectors receive notification by the way of a phone call from mine operators about high potential incidents occurring in the industry. During the phone call the inspector’s record the notification of the incident in…wait for it…personal notebooks…not the electric ones either.

Yes, we are in 2020 and we have a process where the Regulator for mine safety captures reported high potential incidents in the form of an inspector’s personal notebook. Later the mine will send in a completed paper form scanned to email, but, in the first instance, the regulator captures incident details in an inspector’s personal notebook….or on the back of their hand if a notebook isn’t handy (wink wink).

The good news for Queensland is that the Regulator is upgrading the system. Queensland’s Chief inspector announced yesterday that Inspectors will be moved to a new piece of high technology… a printed pad. (No not an iPad…just a Pad with a capital P) This newly printed pad will be equipped with fields for inspectors to fill in (as opposed to filling in an incident report on the back of coaster or their hand while they’re down at the pub).

We heard yesterday that the Regulator has for more than twenty years been equipped with a system called ‘Lotus Notes’ a software package that commenced operation in 1989. Of course, the Queensland mines department system has had some upgrades over the years but largely it is an antiquated system that is largely ineffective for managing trending and closeout of regulatory processes. It has been for more than 15 years I hear. It was largely criticised by the CFMEU around fifteen years ago and requests to upgrade the system were denied by successive Queensland Labor Governments.

The Chief Inspector described the process involved of recording reported incidents and then extracting data from Lotus Notes to a spreadsheet to then try to analyse trends in a particular site. It seems that you need to search company names in Lotus Notes then export these to a spreadsheet. There is no automated workflow…no automated process for matching recurrent incidents at a mine….nothing, nicks, F-all, diddly squat. It’s all left to an individual to “do a good job.”

Why has a regulator in 2020 has been left with this inept system at the same time a Minister of the Crown is crowing “Queensland already has some of the toughest mine safety and health laws in the world.”

We might have “some” of the toughest mine safety and health laws in the world, but clearly we can’t effectively administer them because we have a Government and Bureaucrats that have neglected core systems for recording, reporting, analysing and closing out safety incidents in the industry.

Mine operators can’t enter their high potential incident details online, the details of the incidents are not transferred to a secure database, then onto an inspector or industry mine safety & health representative for investigation and there is no system for final close-out and tracking the incident to its closeout. Things can be missed. These things could have disastrous outcomes for the industry.

It’s shocking and abysmal that the Queensland Government has neglected a a fundamental system to support the regulator in its work.

Of course, for the purposes of the Inquiry, the State’s Chief Mine Safety Bureaucrat, Mr Mark Stone, confirmed that the Department will invest between $1.5-2M in a new system for handling 35 reported incidents a week. They will also establish a Central Assessment Unit to examine the data.

There are words that I could say…but I can’t online…I fear I could get into too much trouble.

As I watched this Dad’s Army outfit provide evidence to the Coal Mine Inquiry, it’s becoming clearer why we have descended into the abyss of disasters, accidents and fatalities.

Being able to fundamentally regulate a high-risk industry should be a core priority in Government….clearly it hasn’t been!