AMSJ » Qld Coal Mine Inquiry | Lack of mine safety inspectors 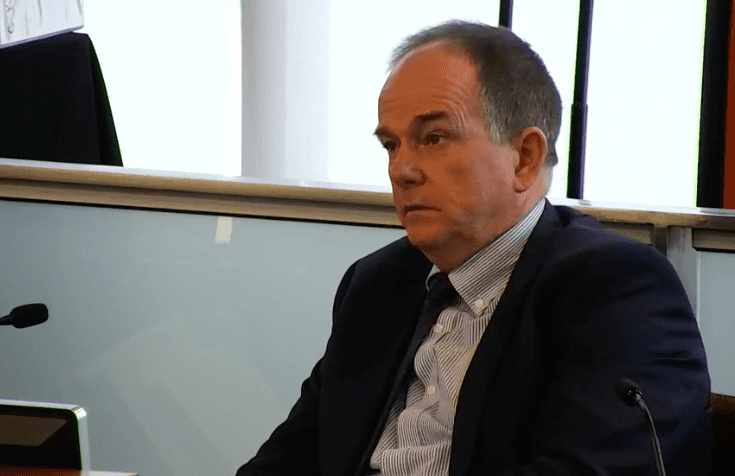 The Board of Inquiry into Queensland Grosvenor mine gas explosion has heard from Chief Inspector Peter Newman that the number of coal mine safety inspectors was well below the full number of allocated positions.

Mr Newman told the Board of inquiry that when he commenced as the head of the Queensland Mines Inspectorate in November 2019 there were just twenty-one inspectors out of 28 positions filled. Ten of those inspectors were allocated to on-going investigations leaving a few coal mine safety inspectors to conduct audits and inspections on the State’s twelve underground coal mines.

AMSJ has been informed that the actual number of inspectors on the ground, accounting for leave, training etc was significantly less. “In reality, there was probably less than eight mine safety inspectors on the road at any one time,” a former inspector told AMSJ.

Mr Newman told the inquiry about the difficulty he faced recruiting inspectors and turnover in the inspectorate even citing “there had five Chief Inspectors in the last ten years” (in Queensland).

“I certainly wouldn’t say no to more (inspectors)” he said.

Mr Newman said there had been issues with the remuneration of inspectors compared with that of industry. This resulted in a significant turnover in the inspectorate with most returning to the industry for additional remuneration. He said there is a shrinking pool of people with appropriate certification to be mines inspectors.

He cited two reasons why people joined the inspectorate as mine safety inspectors.

He said that some had been in the industry for some time, they were financially secure and they were looking for their final two to five years of their career before they retire.

The second reason why the inspectorate attracted people within the industry is that some had reached a certain position within their organisation and either they or the organisation, have decided “that’s where they’re staying.” They look to come to the inspectorate for a period of time to get broader exposure to the industry… to have exposure both technically and professionally but with the ultimate aim that they will be returning to the industry with a different operator. “With that exposure means that we might have them for two to four years and in general” those people may not be financially secure and they will return to the industry Mr Newman said.

Mr Newman was also asked about the 1700 High Potential incidents in the industry. He told the inquiry there was evidence of a number of unreported incidents of gas-related exceedances.

The inquiry heard that some mines safety inspectors used Lotus Notes to record notifications and sometimes made private notes on high potential incidents on a range of mediums including personal notebooks…although some were not recorded in the Department’s database.

“There is an opportunity for improvement for responding to HPIs” Mr Newman said.

“Lotus Notes was not totally effective in terms of responding to HPIs. Some inspectors used personal notes to record details of incidents rather than using the Lotus Notes system in recording details” Mr Newman added.

Mr Newman said that there are a number of stages required with respect to the reporting system of HPIs and a serious accident. The first stage was happening “as we speak” with modification to Lotus Notes.

Mr Newman said the when an HPI is reported, a previous HPI is now automatically brought up in a tab so that inspectors could see if there is a pattern of HPIs occurring at a particular mine. He told the inquiry about having a consistent approach to gathering information was being developed in terms of printed books.

He said a rating system was being used help react to HPIs and weekly the inspectors reviewed previous HPIs. He said stage two of the improvement was the establishment of a central assessment unit to receive all HPI notifications. An analytics group would be established to analyse data and report to the chief inspector on the status of trends.

A HPI would be triaged and then referred to regional managers for follow up.

The Lotus Notes platform will be replaced as part of a newly created central assessment unit within the inspectorate at a cost of $1.5-2 Million dollars. It is currently being scoped internally within the regulator Mr Newman told the inquiry.

Mr Rice for the Inquiry asked if there was a record for closing out inspections. Mr Newman said an auditable trail was now available on what happened with HPIs although he said the industry would not be directly informed of every closeout of a HPI.

Mr Newman said “it was for the mine to confirm that they had implemented control measure to prevent re-occurrence.”

Not all gas exceedances followed up

Evidence from the Chief Inspector indicated that poor systems existed within the Department of Natural Resources & Mines with respect to recording and investigating incidents at underground coal mines across the State. The Qld Coal Mine inquiry has heard of lack of structured systems for reporting and recording incidents in the State’s mines.

Mr Newman said that not all methane 2.5% exceedance events were reviewed or inspections conducted following a reported HPI and that the mine had responsibility for follow up action.

“Is there a role in identifying systemic issues by the Inspectorate” Mr Rice (Counsel for the inquiry) asked.

“We have made a number of enhancements in Lotus Notes to see if there is a pattern that causes concern” Mr Newman said.

Mr Rice asked “do you have any reason to be concerned about normalisation of HPIs?”

“There is clear evidence of normalisation of HPIs by the industry”

Mr Crawshaw for the CFMEU asked if it was normal that an inspector would be notified verbally of an incident.

Mr Newman said that inspectors reportedly made notes in a various book regarding the reporting of HPS. However, it had now changed to a pro forma book for inspectors to record verbal HPIs.

Mr Newman said that the inspectors when complete inspections and audits, they will request the mine SOP and the underlying risk assessment that supports the SOP.

The Qld Coal Mine inquiry continues…..