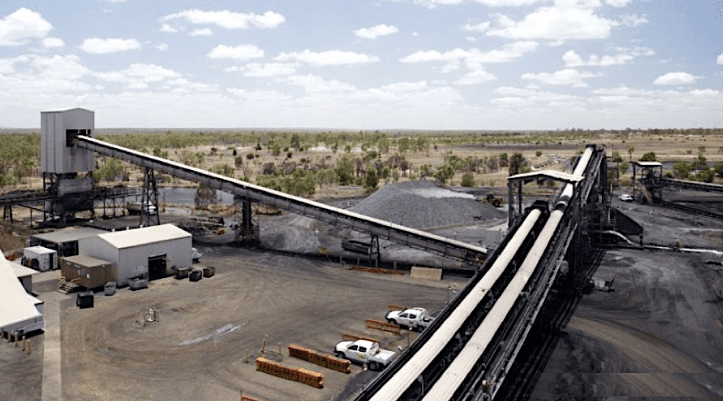 A mine explosion at Anglo American Grosvenor mine near Moranbah in Queensland Australia occurred on the 6th May 2020. We have prepared a range of information and Frequently Asked Questions in relation to the mine explosion. Please note that this information will be periodically updated as new details come to hand.

What happened at the Anglo American Grosvenor mine?

Five miners were injured reportedly following an explosion at on a longwall face. Four miners have now been released from the hospital, while the fifth miner remains in a stable condition.

What caused the mine explosion at the Anglo American Grosvenor mine?

It’s still too early to say. There are several potential sources of ignitions in underground coal mines including frictional ignition from several sources, other sources of ignitions could include electrical equipment although most equipment used in underground coal mines is well protected. You might like to read our article here

AMSJ understands that an investigation will be undertaken by the Queensland Government Mine Safety Regulator and the mining company Anglo American. Forensic investigators, as well as mine safety inspectors, have now mapped the incident scene.

A Board of Inquiry has been established by the Queensland Government as a response to the incident. The inquiry will examine this incident in addition to other gas incidents at Queensland mines.

An AMSJ article published on 10th June 2020 details prior knowledge of gas conditions at the mine prior to the explosion.

Anglo American reported on the 15 July 2020 that the preliminary investigation found there was a significant gas overpressure event at the mine immediately prior to the explosion but at this stage, they have been unable to confirm the ignition source or what caused the overpressure event.

When did the mining explosion incident occur at Grosvenor Coal mine?

Has there been a response from the company on the incident?

Yes, an Anglo American spokesperson said Anglo American confirms that an incident at Grosvenor Mine has occurred this afternoon.  The company said “Five people have been injured and transported to the hospital.  All of the injured people’s families have been contacted.  All remaining on-site personnel have been accounted for. The mine is in the process of being evacuated and operations stopped. Emergency response is currently underway. The mines inspectorate has been contacted and Anglo American is working to ensure the injured people have the best available medical care.”

Anglo updated the statement AM 7th May stating operations at the site remain suspended, as we work with relevant authorities to ensure the mine is safe to return underground to commence an investigation into the incident. Anglo American’s CEO of its Metallurgical Coal business, Tyler Mitchelson, said: “Our focus right now is on supporting our injured colleagues and their families, and our team is doing everything they can to provide support.

“We are all devasted and we don’t yet understand what caused this incident. Once it is safe to return underground, we will commence an expert technical investigation to ensure we understand what has happened. “We will then work with our regulators and other stakeholders to ensure this type of incident never happens again.

“I would like to sincerely thank the first responders, mines rescue teams and all of the medical personnel involved in helping the injured people,” Mitchelson said.

Please check AMSJ for updates provided by the mining company.

Have the names of the miners been released?

Is this a common incident in coal mines?

No, mines take extreme care with control of methane gas. This includes monitoring and a range of protection systems that seek to ensure gas explosions should not occur. While methane gas is ever-present in coal mines, mining companies implement a range of engineering and administrative controls that are designed to eliminate the possibility for a ‘gas explosion’.

Has Anglo American recorded any similar incidents at their coal mines?

We are not privy to any information on similar incidents however we do have an archive that details some mine safety-related events where Anglo American have been involved. Click here We discovered that there have been a range of gas incidents at the mine since 2018

What will happen now?

An investigation will be commenced by the Queensland Mines Inspectorate – Resources Safety & Health Queensland immediately. The CFMEU will also undertake its’ own investigation into the mine explosion. The Queensland Premier has also dispatched the Mines Minister to Moranbah to discuss issues with the community.

What is the condition of the miner’s involved in the Anglo American Grosvenor mine explosion?

On the 19th May 2020, Mineworker Turi Wiki was discharged from the Royal Brisbane and Women’s Hospital. The other three mineworkers have now been released (updated 15/7/2020).

The road to recovery for the miners will be long. Families told AMSJ that the miners will face several operations over the forthcoming months and they are likely to remain in the hospital for some time.

Is there anyway I can support the families?

Yes, a Gofundme page has been established by the work colleagues of the miners affected by the explosion. You can find more information about that here.