AMSJ » Grosvenor mine | Peeling back the onion 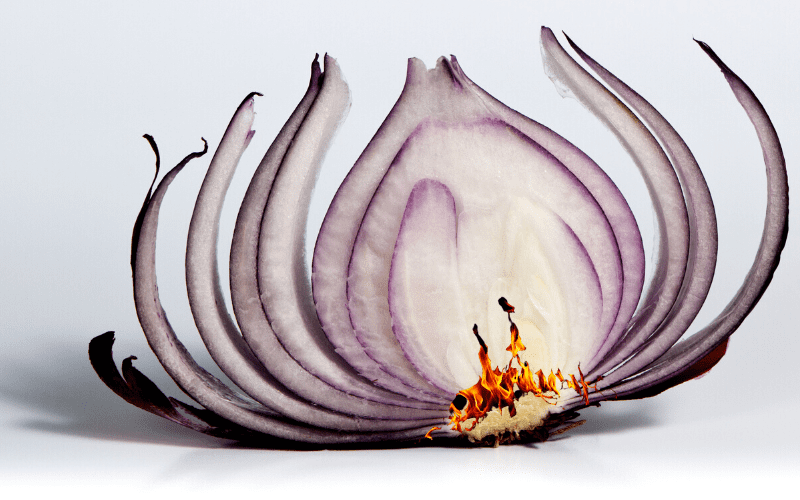 OPINION I, like many others in and out of the industry, have gained a sense of uneasiness from Anglo American’s latest debacle with the Grosvenor mine.

The recent gas explosion that left five people injured (two with very serious burns) has left me in a state of shock. The explosion has now been followed by a spontaneous combustion event in the last week.

As a result of the events, we’ve seen a Board of Inquiry established by the Queensland Government to investigate the incident and another 27 high potential incidents that occurred at Grosvenor mine where methane exceedances (>2.5%) occurred in and around the longwall between 1 July 2019 and 5 May 2020.

The inquiry doesn’t end there. It will also examine a range of other gas-related issues at Anglo American underground coal mines with a view to determine the material cause of what has gone wrong in Anglo’s operations.

On top of the Queensland Government’s Governments response, we’ve also seen the CFMEU out on the grass at the Grosvenor site with some saying that this may escalate to other Anglo-American sites across Queensland.

Coal mine fires, explosions and spontaneous combustion events simply don’t just ‘occur.’ For as long as men have hacked away at coal underground in mines around the world, these conditions have always had to be managed. For hundreds of years, coal miners have had to contend with these issues…and so too have mining safety regulators, unions and coal mine workers themselves.

Let’s be clear…a fire or explosion in a coal mine is not a normal state. It reflects a failure of personnel and systems to adequately manage the known critical hazards that miners are all too familiar with. Inquiry after inquiry has been conducted into mine disasters around the world and largely, as each inquiry peels back the layers of the onion following investigations, systemic failures are identified and the ‘snakes under the rocks’ are ultimately exposed.

Of course, it would be presumptuous of me to judge the outcome of the Board of Inquiry. There are many technical aspects to consider. Albeit in a very short period of time.

What is crystal clear at this stage is that five men were severely burned from a methane explosion that, under normal circumstances, should not have happened in a coal mine in Queensland or in any modern society.

Over the last few weeks, with the assistance of several learned colleagues in the mining industry, a number of stones have been turned over…those stones have ultimately revealed a few more truths about the incident that, while may not have been the material cause, have no doubt contributed to the event. Let me expand.

As we understand the Board of Inquiry in the Anglo Grosvenor mine explosion will examine the 27 high potential incidents that occurred at Grosvenor mine since 1 July 2019. To those on the outside of the industry, it may seem somewhat inconceivable that this large number of incidents occurred. Many in the industry, including Queensland’s mine safety regulator and the coal miner’s union, understand that Grosvenor presents with gas challenges and it has been for many years…

We have learned that those 27 high potential gas incidents were, in fact, disclosed by Anglo American to Queensland mine safety regulator and the Union. The union now demanding for improved safety of workers at Anglo American sites.

Grosvenor in itself is a marginally gassy mine by Australian coal mining standards with around 2 cubic metres of methane a tonne (area dependent) however, it has been fraught with high gas incidents for several years.

As I understand at this stage, as far back as early 2018 the mine had been reporting gas-related incidents to the Queensland mine safety regulator.

In May 2018 the Queensland mines inspectorate officers met with mine management to discuss 32 high potential incidents since the longwall 102 commenced operation in January 2018.

High potential gas-related incidents in the longwall 102 tailgate had spurred the meeting. Exceedances of 2.5 % methane had occurred at the mine. There were also more than 5000 litres a second draining from the goaf. The methane plant was at full capacity to drain the gas. It couldn’t quite cope with the gas levels according to the mines inspectorate.

There were floor blowers in the goaf which were contributing to the high levels of gas in parts of the mine. The mine had implemented Trigger Action Response Plans  (TARPS) to stop production when gas levels reached levels of concern.

Of course, the Queensland Mines Inspectorate was concerned at the meeting stating the “continued HPIs with >2.5% was not satisfactory and the mine must ensure that such HPI’s are minimised and preferably eliminated going forward.”

Officers of the inspectorate stated that they hoped the learnings of gas control from the Longwall 102 could be applied to the more difficult upcoming Longwall 103 because of its location under the Isaac River.

In December 2018, a mines inspector also visited the site to find that gas management was still a problem. In the development panels, a gas detector had gone ‘off-scale. Hand-held gas detectors recorded readings of 1.1% Methane.

A floor heave event occurred releasing CH4 gas into the working face in MG104 in late November 2018. The gas release event reportedly caused the Continuous Miner to trip power on the GB gas sensor – an alert was raised.

More importantly, there was a range of incidents. Five in total where gas had exceeded levels in the mine. The incidents included a range of floor gas releases.

On one day, in particular, an inspector travelled underground where he met with two ERZ Controllers at the crib room in MG104.

His ‘long’ conversation focussed on the “succession of floor lift/gas emission incidents that had occurred in the district.”

“A particular concern was that the decision was taken to not leave any coal bottoms, but still to have two further incidents – albeit of lesser gas volume,” he said in his report.

According to mines inspectors, the mine was safe to operate but presented with a range of challenges.

The CFMEU was also mindful of issues at the mine. Serious concerns in 2018 were raised by members of the union.

Back in January 2018, Union officials reported that the shearer on the Long Wall 102 face was manually stopped as tailgate methane levels in the longwall 102 tailgate return began to increase peaking at 2.1% at the inbye monitor (located approximately 400 metres outbye of the face).

Crews waited for methane levels to fall below to around 1.98% and then resumed the run toward the tailgate however upon reaching 127 roof support, the methane levels in the TG return began to increase, so shearer was manually stopped.

Despite the shearer being stopped, the methane levels continued to increase on the inbye monitor peaking at around 2.35%. However, added with the methane emissions in the TG from the adjacent goaf, this resulted in a peak of 2.53% at the methane monitor at the outbye end of the LW102 return. The methane levels at this monitor were greater than 2.5% for approximately 2 minutes.

In June 2018 an ERZ controller raised issues around gas greater than 2.5% CH4 general body behind the continuous miner in the bleeder road of 104. There were many, many more reported incidents of methane exceedances.

Again, in November 2018 a Continuous Miner was producing in B Heading, 22-23ct and was approximately 140m from the last open C/T. The crew on the continuous miner were conducting bolting activities when an increase in CH4 was noted. At this time the men retreated back to fresh air. The Gas Detector at the continuous miner recorded a peak reading of 3.6% CH4.

The union found that the mine had implemented controls through minimising the coal floor and conducting “targeted gas drainage” in the lower part of the GM seam below the Tonstein Band.

Unions checked the controls and found that Anglo had implemented to minimise further recurrence.

“All coal in the floor has been mined out to leave only stone in the floor. An additional auxiliary fan and vent line was installed to increase the ventilation at the face. Additional handheld gas detectors placed at the face to capture gas data” the report from the Union read.

Of course, the mine continued to operate successfully.

Records obtained by AMSJ show that both the miner’s union and the Queensland Government Mines Inspectorate knew clearly of the issues surrounding gas management at the mine. Time after time the evidence suggests that they knew of the instances, accepted it and moved on to wait for the next methane related incident.

Notwithstanding that, Anglo American also knew about it all too well. Gas was a constant bugbear in the mine and a significant investment by Anglo in managing the methane gas was made.

The Grosvenor underground mine story is clearly unfolding. What is clear is that at every stage when another stone is turned, there is further evidence that the contribution to the incident may not only be Anglo American alone. Of course, Anglo had ultimate control of the mine and may bear the brunt and costs for the disaster…but just maybe they are not alone.

Rumours associated with the Grosvenor incident now abound across the underground mining industry. Some are likely highly accurate, but it’s fair to say that the Queensland Government’ Board of Inquiry with two learned gentlemen (albeit that they are not from the mining industry) should be provided with an opportunity to take its’ course.

Underground coal miners should be concerned that a Board of Inquiry that seeks to identify a ‘‘root cause” solely based around examining direct evidence from the incident and other incidents from Anglo American operations, will fail to address the depth of problems and contributing factors associated with the incident at the Anglo American Grosvenor mine.

It seems to me, on the basis of the evidence available thus far, that there are multiple parties who have contributed to the incident through their acceptance of hazardous conditions as the norm.

Some of those parties certainly live outside the realms of the inquiry.

For those miners on the grass outside the Anglo-American Grosvenor mine protesting about safety concerns with the mine’s operation you’d have to be asking yourself, could anyone other than the company have seen this disastrous event coming and have those persons been complicit in the disaster itself?