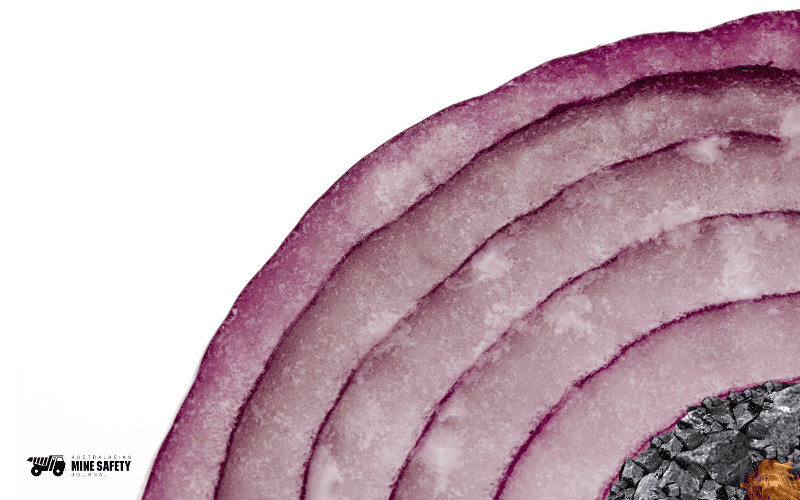 As four of the five mineworkers involved in the Grosvenor Mine explosion still remain in a critical condition this morning, details are emerging of the explosion that ripped through the mine’s longwall face and potential causes of the ignition event.

Family members told AMSJ that one of the miners will likely remain in a coma for the next two weeks and it is possible that, if they pull through, they could spend up to four months in hospital with multiple surgeries likely over the next six months. The tragic circumstances have left families distraught and struggling to comprehend how the incident unfolded.

The lack of advancement reportedly resulted in a small goaf area that has turned out to be a ‘godsend’ for the mine. The small goaf, with relatively small amounts of methane (albeit in explosive concentrations), may have mitigated the propagation of the explosion by only consuming a small amount of available gas in the immediate area.

The situation may have been much worse had the longwall advanced along the coal block. As Stephen Smyth from the CFMEU said yesterday “They dodged a bullet.”

Gas drainage challenges to be explored by investigation

Early information indicates that the longwall miner was working over a floor seam which reportedly had challenges with gas drainage and was a known source of methane in the mine.

The floor seam was reportedly drilled, fracked and shot fired by Anglo American in order to extract the methane…but development crews at the mine reportedly faced significant gas drainage challenges because of the carbonaceous nature of the seam.

Key questions remain about the adequacy of drainage prior to commencement of longwall operations and whether the mine moved too quickly to commence longwall production in the new block. A likely challenge for investigators but one that will be able to be easily quantified through analysis of CITIC system gas analysis data which records exceedances with pinpoint accuracy.

Of course, identifying an ignition source will be one of the major challenges of the forthcoming investigation. While many in the underground coal mining industry are speculating a ‘frictional ignition’ from the movement of a longwall chock against the roof it is far too early to say…and it’s certain that it may become a point of debate for years to come unless of course there is evidence of a roof bolt being ground against the upper face of a longwall chock.

While the details of the incident are unclear, what is clear is that there were challenges with the management of gas at the Grosvenor mine.

Some say those challenges have boiled into confrontations between management and underground personnel. A former worker at the mine said longwall tripping was always a “bone of contention.”

Pressure on mine deputies to minimise time booked on “gas trips” is also a question that must be asked of Anglo’s management.

Safety culture will be investigated

Complimenting the range of potential technical failures are those of safety culture.

Arguments exist that labour-hire employees are less likely to report safety issues because of the threat of retaliation by supervisors or management. Grosvenor’s mineworkers are predominantly under labour-hire agreements with third party employers engaged by Anglo American.

Mine deputies at the Grosvenor mine are also reportedly employed on staff contracts without collective agreements – the argument exists that they can be moved on at a ‘whim’ if they challenge management or slow down production.

Other production and engineering mineworkers at the Grosvenor mine are employed through the labour-hire contractor which has advantages and disadvantages. Union argues that those “upsetting the safety applecart” can be removed instantly with little or no consequence to Anglo American.

“We know from many years of casualisation in our industry that workers are afraid of retribution of they speak up on safety” the CFMEU said yesterday.

We note that this line of inquiry will form the basis for the on-going investigation and accordingly at these early stages should be considered speculative.

The contribution of safety culture to the incident will be a complex challenge for investigators but one that must form the part of the investigatory process if it is to consider this mine explosion incident in its’ entirety.

Role of the regulator in preventing tragedies

We have learned yesterday that the mine safety regulator attended the site on several occasions in the leadup to the mine explosion incident. Warnings were reportedly given to Anglo American about the management of the gas at the mine.

When asked if there were any safety concerns prior to the incident Chief Inspector Peter Newman told ABC Radio Brisbane said: “There were”.

Immediately following the event the Queensland Mines Inspectorate issued this warning to all mines.

“Mine operators should review their gas, ventilation and operating management controls at all underground mines to ensure they are effective in preventing any potential for a similar incident. Constant monitoring of the conditions and safety controls in the work environment is essential in every workplace. The effective maintenance of controls to prevent hazards affecting the health and
safety of coal mine workers is of critical importance at all times.”

The families of the mineworkers deserve an objective response to why operations at the Grosvenor mine were not “halted” by Queensland Government mines inspectors so that gas could be managed effectively.

Focus on supporting the families

While there will be ongoing speculation around this incident, the investigative processes currently being undertaken by the Queensland Mines Inspectorate should be allowed to take their course (albeit not a course similar to the North Goonyella mine incident).

Families and colleagues are currently asking questions like why and how could this happen in a modern mine…in a company that says it has safety at its’ heart.

Those families and team members at Grovenor mine will have a long road to recovery both physically and psychologically. They need the support of their immediate families, their colleagues and the wider industry for the longer term.

Stephen Smyth said many workers were distressed after the explosion. “It’s had a massive ripple effect, not just at the Grosvenor mine but across the Bowen Basin – it’s hit people like a tonne of bricks.”

Anglo American said it is stepping up. Tyler Mitchelson, CEO of Anglo American’s Metallurgical Coal business said yesterday “Our focus right now is on supporting our injured colleagues and their families, and our team is doing everything they can to provide support.”

Let’s hope that it continues in the longer term and that the basis of that care is for altruistic purposes…not a means to obfuscate facts and minimise reputational or legal damages.

You can help financially by supporting a Go Fund Me campaign set up by the B Crew Longwall Team at Grosvenor Mine.

NOTE: We stress that a technical investigation into this event will likely uncover a range of details that are likely contributors to the cause of the Grosvenor mine explosion. The information contained in this article is provided to readers to assist in mitigating similar events in their mines. We note that the information included in this article may vary as details come to hand. It should not be relied on as factual details of the incident but rather as general information only.

Statement from Anglo American – Grosvenor Coal Mine Explosion
THE STATE OF MINING: A 50-Year Review
Comment