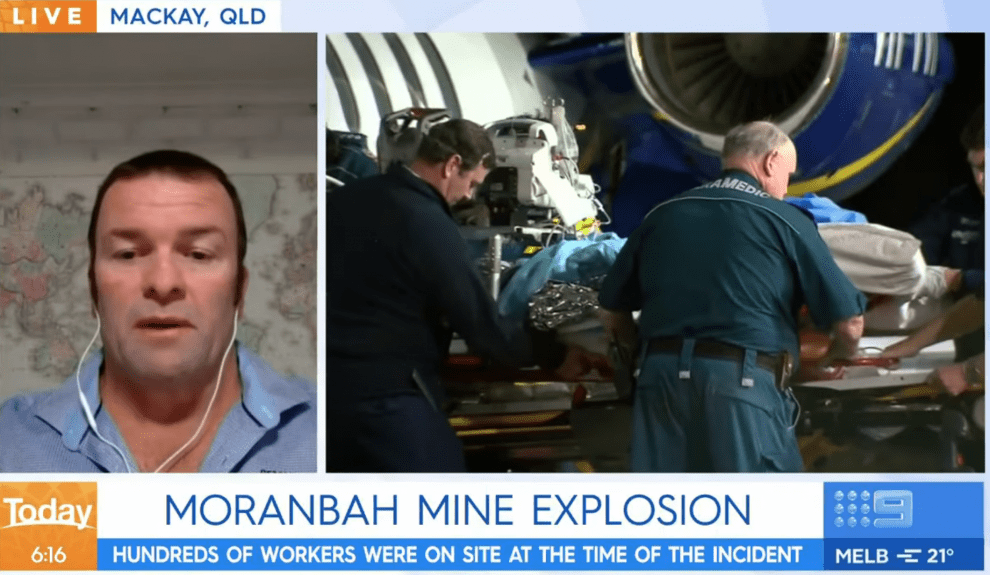 MORANBAH MINE EXPLOSION UPDATE – The CFMEU’s Stephen Smyth said this morning that the union believed there had been an ignition in the tailgate area of the Grosvenor mine that engulfed the workers in that immediate area which has caused horrific injuries to workers.

Smyth said there was many more underground at the mine at the time of the explosion. He said he hated to use the words but the mine “they dodged a bullet..the five workers haven’t clearly”

Meanwhile, CFMEU Check Inspector Jason Hill said today that the Anglo American Grosvenor mine has had ongoing issues with gas being recorded at above safe levels.

He said that the entire workforce being contracted out to labour-hire was another major concern.

“This mine’s had a problem with gas for a long time which they were struggling to get their handle on,” he told ABC.

“A lot of complaints we get are that if (workers) speak up, they won’t be there tomorrow … that’s a real safety concern with us,” he said.”We can’t keep travelling like this, we’re living on luck.”

Watch the full interview on the Moranbah Mine Explosion with CFMEU’s Stephen Smyth below.