AMSJ » Last jobs for Minister Lynham on mine safety 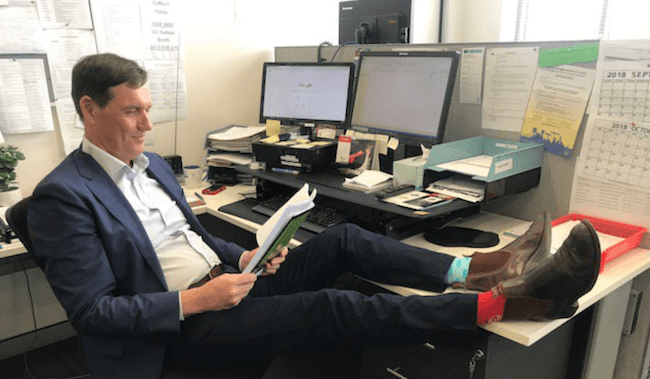 Mr Last said, given his failure to address safety concerns in Queensland mines, Minister Lynham must convene a parliamentary inquiry into mine safety and then resign.

“Anthony Lynham should do the right thing by the resources sector and resign, and his parting gift should be an inquiry to finally get to the bottom of these tragedies that have rocked the industry and so many communities.”

“There is a long list of this Minister’s failings but the most telling is the fact that we have lost 8 lives in 21 months and the Minister is yet to act.”

“It’s all well and good to talk about legislation but mine and quarry workers want action and there is absolutely no reason why action shouldn’t have been taken.”

Mr Last said the parliamentary inquiry would offer the “only real way” to get to the bottom of the issue and that the Minister deserved to be grilled on why recommendations that directly affect mine safety had not been implemented.

“Minister Lynham called for the Brady report which made a string of recommendations, but he still hasn’t enacted recommendations from the Black Lung White Lies inquiry,” Mr Last said.  “He’s had three years to act and, if you believe the official word, he is still consulting.”

“The 2017 Black Lung White Lies inquiry recommended that at least 50% of inspections of Queensland mines should be unannounced and we are nowhere near that.  The Minister then has the hide to endorse a report that states “there is no simple method of determining the appropriate level of unannounced inspections” while admitting that just 19% of visits during the 2017-18 financial year were unannounced.”

“No simple method… the method is right there in the inquiry report that he responded to as Minister.”

“Even when we look at inspections as a whole, there was an 11% reduction in coal mine inspections in 2018-19 compared to 2016-17 and Minister Lynham oversaw that reduction.”

Mr Last said that there were “many more” harrowing statistics that proved the need for the Minister to resign but said he had also overseen an attitude within the Mine Safety Regulator’s office that was ‘deplorable’.

“The fact is that Queensland earns billions of dollars in royalties each year but, instead of ensuring the watchdog has teeth, Minister Lynham has tied it to the back fence,” Mr Last said.

“To even imply that the government doesn’t have a role in controlling hazards in the industry shows that this Minister takes the resources industry, and the people who work in that industry, for granted.”

“Yes, there is legislation that is before the parliament that has been delayed due to the COVID-19 pandemic, but action should have been taken under the existing laws.  The fact that Minister Lynham thinks that he is entitled to override the recommendations of an inquiry that included industry experts shows that he is not interested in actually taking action and highlights his complete arrogance when it comes to the safety of our miners.”

Asked why he insisted on a parliamentary inquiry, rather than a Ministerial Board of Inquiry, Mr Last said it came to confidence in the process.

“My concerns are right there in the legislation,” Mr Last said.  “While the Minister appoints the members of the Board of Inquiry, the whole process is open to his manipulation.”

“Minister Lynham and the Premier know full well that they can control a Board of Inquiry and, in the lead up to October’s election, they will do whatever is necessary to ensure they aren’t framed in a bad light.  It’s exactly the same as the decision to keep schools closed during the pandemic but, with the schools they were putting children at risk, and here they are putting miners at risk.”

“Queensland’s mine and quarry workers, their families and their communities shouldn’t have to put up with a Minister who clearly doesn’t put the safety of workers first.”

“Unlike Minister Lynham, I attended the recent inquiry hearing in Moranbah, and I heard first-hand the concerns of workers.  Whether it’s the industrial manslaughter legislation or actually implementing a proper inspections regime, those workers who spoke at the inquiry, and the rest of Queensland’s resources workers, simply deserve better than Anthony Lynham.”

“If he does what he has always done, and ignores the call to do the right thing, the Premier should sack him and implement the inquiry.  If not, she should be shown the door too when Queenslanders vote in October.”