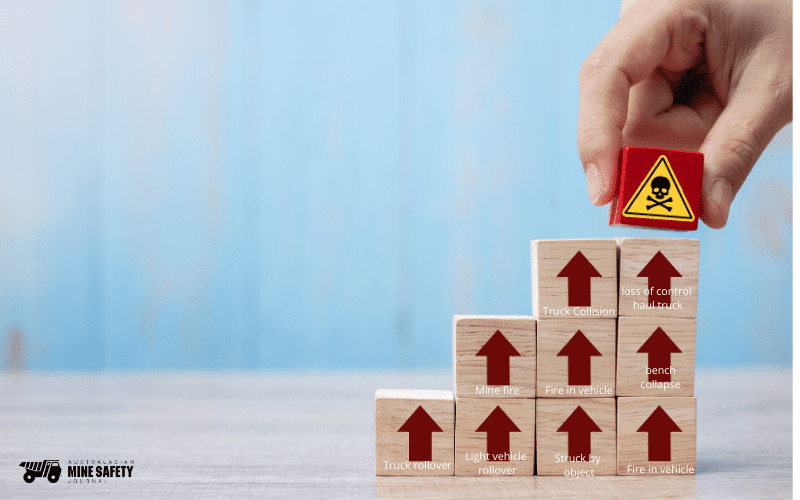 Recent information obtained by AMSJ through a protracted freedom of information request (Right To Information) has shown that despite safety resets, the proposed implementation of industrial manslaughter legislation and external reviews conducted, the State of Queensland is still trending upwardly for high potential accidents and incidents in mines and quarries.

Dr Lynham said that “The increase in confidential complaints shows the safety resets are working by encouraging mine and quarry workers to report anything they feel is a potential safety risk.”

The information request was delayed significantly by the Queensland Department of Natural Resources and Mines and finally released in April 2020. As justification for the request, AMSJ argued that the information should have been publicly available to mineworkers across Australia in order to assist in the prevention of accidents in the wider industry.

The right to information request documents are here

A former inspector of mines told AMSJ “The trends are very concerning given that we have seen several deaths and a number of safety interventions over the last two years. The incidents frequency rate reported should ring alarm bells across the industry”

The Queensland regulator recently released details of a range of mining incidents occurring recently in Queensland mines (See Image Gallery Below). The alarming rate of incident frequency points to the potential for a further fatality/s in the not too distant future unless the industry and the Regulator correct the trend according to those familiar with the industry.

“There’s just too many HPIs” a former Union Official told AMSJ on condition of anonymity.

He cited an example of a recent haul truck collision at the Queensland BMA Saraji mine that had significant potential for a fatality.

The range of incidents that reportedly occurred in a period just prior to April included a runaway Getman vehicle, loss of braking on an underground water truck, a wing failure on a crushing plant, a significant coal Spall from longwall face resulting in workers hospitalised, a number of vehicle collisions, loss of control of a haul truck on a ramp at a surface coal mine, an underground mineworker being struck by an LHD QDS Pod, the rollover of a contractor’s heavy rigid truck, a chain hook ejecting and striking a worker’s nose.

Queensland’s Resources Safety & Health Regulator has openly insisted that the issues are industry problems. In a recent presentation the Regulator said “Controls being implemented by sites in response to incidents continue to be primarily administrative.”

AMSJ has learned that the Queensland Mine Safety Regulator’s leadership reportedly told a former senior member of the mining industry that the hazards must be controlled by the Queensland’s industry, not the regulator. While the statement has merit, concerns have been raised about the Queensland regulator’s ability to deliver significant industry change in order to stem the range of high potential incidents.

The Queensland mine safety regulator has been unable to deliver a report into a significant mine fire event in September 2018 that saw a Queensland mine destroyed losing tens of millions revenue to the State and the loss of jobs for hundreds of workers.

“If motorists keep speeding and the Police ignore the warning signs…it wont be long before you’re having fatal after fatal” the former inspector said.