AMSJ » Fatal mine accidents in Queensland deserve a worthy response 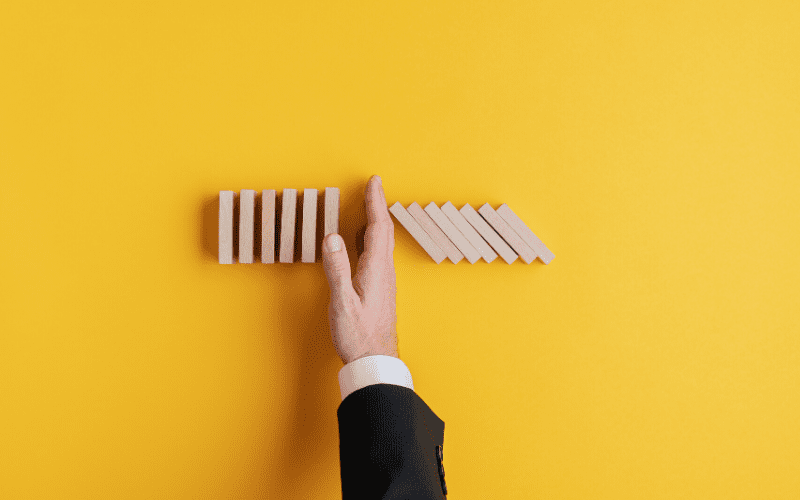 OPINION There’s a kind of numbness that comes with hearing the news of another fatal mine accident in Queensland Australia. The latest fatal incident at Curragh mine has left me with feelings of immense sadness, frustration, and anger.

Why you may ask?

For the past eighteen months, the Queensland mining industry has witnessed eight fatalities. The highest on record for many, many years. For me, there is an uneasiness in what I am witnessing as responses to the many fatal accidents.

Knowing that if those mineworkers perished in a single disaster, we would have a Royal Commission on our hands is almost distressing. A Royal Commission would have identified the core issues at hand in a methodical and transparent approach and changes would have been implemented to ensure that the future is in some ways protected from past events.

But alas in Queensland it’s a slow protracted painful rate of fatalities and it’s the lack of transparency in Government follow up that causes the most pain for families, friends, and colleagues of those we have lost. Surely, we can quickly learn from our mistakes. Surely, we can correct the errors of the past!

From my perspective, the Queensland Government has applied a twisted approach to the recent fatalities. While applying some aspects of scientific rigor, there has also been shear desperate recklessness in some of the responses to the fatalities and high potential incidents occurring across the state.

Whilst grasping at the variety of approaches to correct the issues at hand, the Queensland Government and indeed, Dr. Anthony Lynham (Minister Responsible), has demonstrated their complete and utter disregard for the families and friends of the fallen workers who have to wait helplessly with no answers to explain their losses.

Media statement after media statement has been issued, safety reset after reset undertaken, inquiry on inquiry has been launched, investigation on investigation has been undertaken, retrospective engineering reviews of incidents instigated, legislation changes (including industrial manslaughter) commenced and restructures of Government Departments initiated and yet…the fatality toll continues to climb.

Many of the approaches applied lacked substantial evidence as a means to correct the past mistakes… take safety resets for example. They have, in essence, been kneejerk reactions that ultimately aimed to take off the political heat of the moment. While well-intentioned, the approach to delivery has been based on what? A good idea at the time…or evidence that the reset will change behaviors and culture across the industry…I think not.

There is clearly no supporting evidence to state that a safety reset works as a means to stemming accidents and disasters…yet it’s been deemed by the Minister as one of the potential solutions to the issue.

Let me spell it out….MANY FAMILIES OF VICTIMS OF MINING ACCIDENTS HAVE NO ANSWERS …only a lack of closure that will seemingly continue for many years to come. Some will wait five to seven years for the matters to be heard in court…only to find that a deal is done with a defendant to lessen the charges.

Families of lost miners deserve better…they deserve answers and transparency from their Government. Not political answers to simple questions of life and death of their loved ones.

Robin Rabbitt, father of Don Rabbit who passed away at the Curragh mine summed it up.

“I just want to know what happened to my son, and I seem to be having a lot of trouble to find out,” he told Brisbane’s Courier-Mail yesterday.

Brian Gerdes, father of Jack who passed away at Baralaba said recently “There should be a more immediate response to those things; it doesn’t take a year to work out what’s wrong”

I have previously been vocal on the issues surrounding the reporting of unsafe conditions by miners. The lack of job security (through the casualisation of the industry) and culture in the industry, where making a safety report can cost you your job is systemic…not at all sites…but clearly at some.

In fact, if you ask any whistleblower in any industry including mining, they’ll seldom tell you it was worth the effort…despite assurances of internal whistle-blower protection policies (and now legislation). Whistleblowers face reprisals – particularly by the purple circles that operate at mine sites and in mining companies.

But industry casualisation isn’t the only issue. There’s a raft of them…competence assessment, unsafe plant, and equipment being supplied or manufactured in the industry, management’s lack of ability to get out of the office and understand the issues on the ground, rogue workers who have open disregard for safety and finally mining regulators who are seemingly under-resourced to manage the issues at hand.

I’m not an academic at all so I won’t profess theories. But I do hear the people on the ground through my role as Consultant Editor on the Mine Safety Journal. What they tell me is that there is a range of ‘safety cultures’ that currently operate across the Queensland industry.

The variations in cultures exist between crews, sites, and companies. Some are reckless risk-takers, others are conservative safe production makers. Queensland miners tell me that the common thread that ties the culture together is that if you have a supportive and pro-safety supervisor and leader…you have a proactive and safer site.

Where mine site cultures engender safety as a priority, teams embrace learning about the prevention of incidents and identification of hazards before they manifest as a fatality. Workers look after each other…because they actually give a shit about their job and their colleagues because its how the place runs.

Unfortunately, you or I cannot create a positive safety culture, but we can support its’ growth through initiatives that help people embrace safety as a positive rather than a negative.

What’s the Government’s role in the fatal mine accidents in Queensland?

So where does the Government’s role fit into this industry culture? Government’s shape society…they implement legislation and initiatives that help society become a better place.

In respect of mining safety, they must contribute to initiatives that have the greatest impact on safety culture and behavior in the industry. While some of those must be punitive, other initiatives must increase the knowledge and understanding of industry hazards, shape positive safety cultures and behaviors that prevent high potential incidents and fatal accidents.

One only has to look at the lack of transparency from the Queensland Government on the many high potential incidents and fatal incidents that have occurred in recent times.

Beginning with the North Goonyella mine incident which saw a coal mine burn and ultimately a massive loss of jobs and economic benefits to the State, and then onto the industry fatalities which seemingly are buried in drawn-out investigations with little chance of any outcomes for families or the industry.

While these activities don’t stop rogue operators, they do build industry knowledge and understanding. Of course, the rogue operators can also be dealt with through punitive provisions such as fines and court actions that essentially remove them, or lessen their impact on the industry.

Workers know where the rogue operators are…but they’re not going to tell you if you ask them in front of their boss?

Ask any worker, supervisor or manager who has been around the Queensland mining industry a while, and they’ll tell you which sites are “accidents are waiting to happen”

I’d like to name a few but at the risk of getting caught up in legal battles, I’ll refrain but I can add that some have been the locations of past fatalities.

Queensland mineworkers have told AMSJ of their past frustrations at sites where ‘purple circles’ buried safety issues and rogue supervisors clearly placed production over safety.

Some of those supervisors scoffed at the Queensland Government’s safety resets. Some even cut the time down to less than 30 minutes so they could get their crews back on the tools and equipment and keep production churning.

The question I must ask…is if the workers and the unions know where the rogue operators are, then why doesn’t the Queensland Government?

Why aren’t those sites being targeted in industry blitzes? Why isn’t the Queensland Government actively seeking feedback from site staff during audits? Why are inspectors followed by management when they come to a site without opportunities to speak with staff on the ground? Why isn’t the Queensland Government actively seeking input from mineworkers on the ground as to the status of the culture that exists? Why isn’t it holding Ministerial Boards of Inquiry into high potential incidents?

To come to the Minister’s and the Queensland Government’s defense, we all must acknowledge that the Government has limited resources to regulate an industry that’s at crisis point…. don’t they!

It all seems very bizarre to me.