Shadow Minister for Natural Resources and Mines, Dale Last, has labelled the Queensland government’s delay in releasing two independent reviews into mine safety an insult and said the government is putting “parliamentary theatrics” ahead of ensuring the safety of mineworkers.

Mr Last’s response comes in the wake of Acting Mine Minister, Mark Ryan, confirming that the reports would be tabled in parliament, which will not sit again until February.

Dr Anthony Lynham commissioned the reviews in the wake of a range of mining fatalities in Queensland.

A former Queensland Mines Inspector told AMSJ that the Government independent reviews into mine safety may tell little more than the industry already knew about conditions in the industry. “We already understand where the risks are. The data is available and it doesn’t take a rocket scientist to recognise where our fatalities come from. Historical data will not predict the future of a rapidly changing industry…it’s an exercise in politics” the former inspector said.

The former inspector said that tyre-related fatalities have been a common feature of the industry for decades. This is supported by statements from Queensland’s former Mining Warden Frank Windridge who investigated a range of fatal events across the Queensland mining industry.

Dale Last hit out at the Queensland Government’s latest response following the death of another Queensland mine worker at the Curragh mine on Sunday.

“This is yet another stalling tactic by a government and an Acting Minister who are more concerned with what they say in parliament than the safety of mine workers,” Mr Last said.

“Workers in the resources sector, and their families, want these issues addressed as soon as possible but the current government is putting a hold on the release of these reports so they can stand up in parliament and pat themselves on the back.”

“The reviews should be released today, end of story.”

Mr Last said he stood by his call for a parliamentary inquiry but that any recommendations made in the independent reports need to be considered, and implemented, “as a matter of urgency.”

“The sooner the reports are released, the sooner we can get to work and improve safety for workers,” Mr Last said.

“Based on what the Acting Minister said, those reports are going to sit on the shelf gathering dust for 3 weeks when that time could be spent implementing measures that could, literally, save lives.”

“Queenslanders know that the current government is all about preparing reports and not following through but, to sit on reports that could save lives is a new low.”

“Workers in the resources sector have every right to feel insulted by the delay.” Mr Last said. 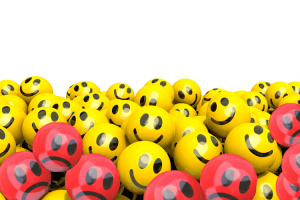 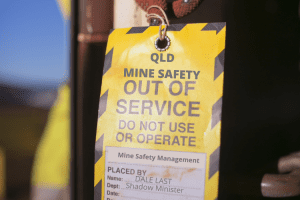 Broken Queensland mine safety system on the radar for LNP