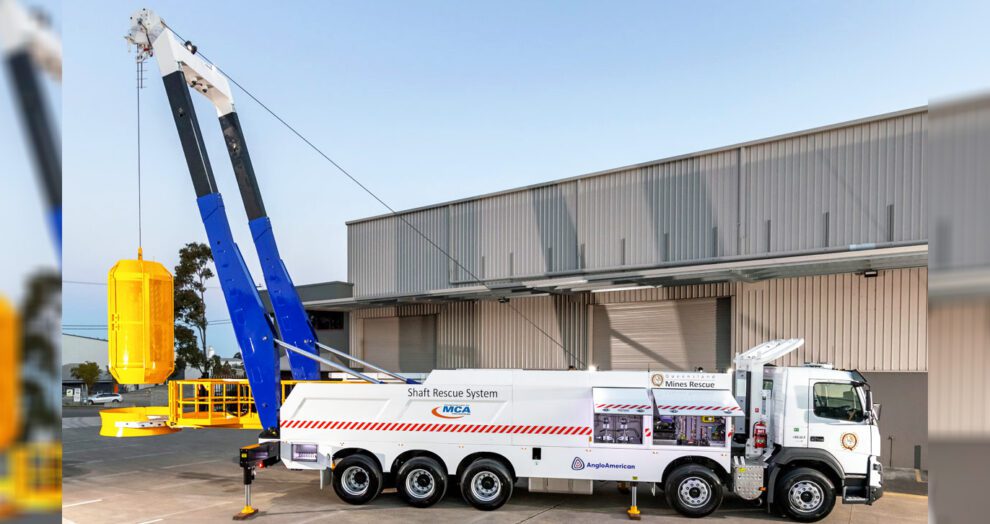 A multinational resources company paid for the world’s first equipment that frees workers trapped beneath the surface.

The technology, which is touted to be a “world first”, helps rescue underground employees through lowering interchangeable cages down mine shafts. Trapped mine workers are lifted to safety, and updated through a directional wireless internet (WIFI) communications system. Real-time video footage and gas monitoring data is also shared with operators.

“This winder has a world-first intrinsically safe directional WIFI communications system for use in hazardous areas. It has interchangeable cage options and over 1200 metres of rope on the drum for use in deep shafts,” the QMRS website said.

“It is engineered with multiple fail-safe braking systems, hydraulically powered from the Volvo FMX 10×4 truck engine. It also has a back up power system. Spare uninterruptible power supply batteries for the communications are interchangeable, and can be charged up in the truck for continued operations.”

The machinery’s capabilities were demonstrated on 28 July 2022 at Anglo’s Aquila Coal Mine, 302km west of Rockhampton. Further training exercises are planned at the same operation.

“While we hope we never need to use it, the shaft rescue system will form part of the emergency response plan for every underground mine site in Queensland,” QMRS CEO David Carey said according to News Limited.

“The shaft rescue system will improve emergency response capabilities across all underground mines in the Queensland mining industry, and it was important to us to make this investment in industry safety,” Anglo head of safety and health Marc Kirsten added.

The Minerals Council of Australia and Becker Group supported the effort.

It will be stored at QMRS’ Dysart headquarters, 245km southwest of Mackay.