AMSJ » Mining Salaries | Will miners receive a pay rise in 2019? 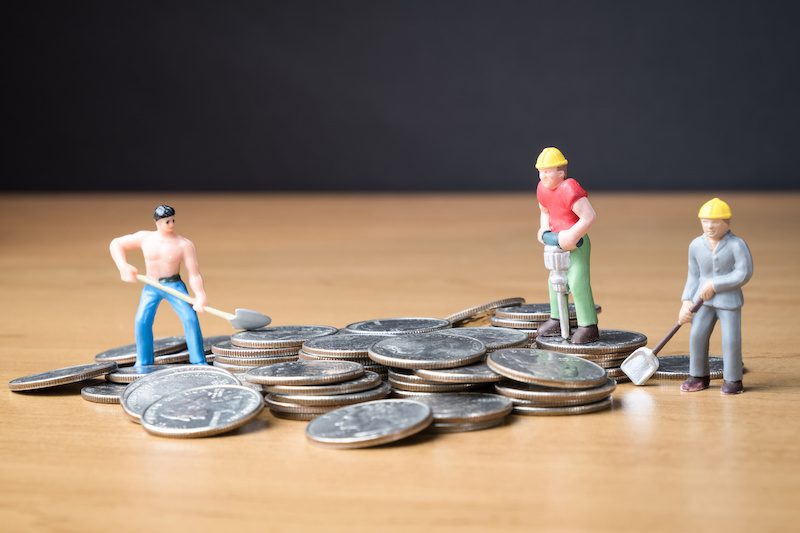 When it comes to mining salaries, many miners are concerned about the future benefits their employers can provide. A recent survey and salary guide has confirmed some good news and bad. More resources and mining employees will receive a pay rise this year than last, but it will be a less significant increase than they hoped for.

According to the FY 2019/20 Hays Salary Guide, 88% of mining, resources, energy, oil and gas industry employers will increase salaries in their next review, up from 81% who did so in their last review.

However, the value of these increases will fall. Almost two-thirds (63%) intend to raise salaries at the lower level of 3% or less, up from 54% who did so in their last review. At the other end of the scale, just 5% of employers, down from 7%, intend to grant pay increases of more than 6%.

For their part, 34% of the mining, resources, energy, oil and gas professionals Hays also spoke to expect no increase whatsoever, while a further 48% expect 3% or less. However, 12% expect between 3 and 6% and the final 6% expect a raise of 6% or more.

More than half (57%) say a salary increase is their number one career priority this year. 46% intend to achieve this by asking for a pay rise, while others are looking elsewhere – 41% of job seekers say their current uncompetitive salary provoked their job search.

Mining salaries – a tug of war

“On the one hand, we have professionals telling us they’ve prioritised a pay rise and are prepared to enter the job market to improve their earnings. On the other, employers tell us they want to add to their headcount and are being impacted by skill shortages, yet they plan to curtail salary increases for now because they don’t want to pay the soaring salaries that we saw during the last boom.

“Looking ahead, there will be some jobs and locations that will offer higher salary increases than others though. For example, renewed optimism is driving up vacancy activity and reigniting skill shortages. Western Australia’s mining industry is at the centre of this skill shortage and given this, staffing demand and salaries will continue to rise.

“A further increase in exploration spending in all mining jurisdictions will create high demand for Exploration Geologists and Field Assistants. However, these candidates are in short supply and salaries for candidates with solid underground experience are expected to increase.

“In South Australia, Control System Engineers with heavy industry experience in programming PLC and SCADA systems are scarce. Demand exists in contracting firms for the major mining sites with FIFO and residential roles available. We expect salaries to rise for these highly specialised roles.

“Mines in NSW, like other states, are facing increased competition for talent from infrastructure projects. As a result, employers will need to review base salaries or look at other innovative ways to attract candidates.

In other key findings, the 2019/20 Mining Salaries Guide found: