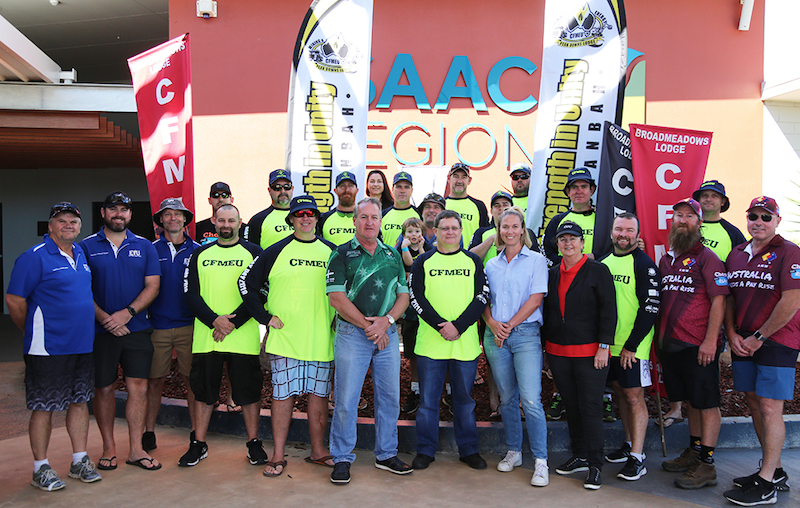 A memorial commemorating miners who have tragically lost their lives in Moranbah’s mining industry will be built in the town’s centre.

“Establishing a Miners’ Memorial in Moranbah has been a long-held priority for local councillors and September 2019 will see that vision and hard work come to life in the Moranbah Town Square,” Isaac Region Mayor Anne Baker said.

Isaac Regional Council has partnered with local union lodges of the CFMEU, ETU and AMWU, CFMEU Mining and Energy Queensland and the Miner’s Federation Fund on the funding and design of the Moranbah Miners’ Memorial Project through a landscaped memorial space in Moranbah’s Town Square.

“As a community, we will never forget those workers who have lost their lives in our coal pits,” Deputy Mayor and Division 5 Councillor Kelly Vea Vea said.

“The Moranbah Miners’ Memorial will be purposely placed in the centre of town completely surrounded by mining leases to keep their names in our hearts, and workplace safety on our minds.”

The memorial will feature a bronze casting of a miner in contemplation over his lost mates, which is being produced by Isaac region sculptor Kay Paton. He will be looking towards a central sandstone plinth that will cast an eternal light over the plaques naming those who have lost their lives while working in the Moranbah coalfields.

“Isaac is a proud resources region, for nearly 50 years Moranbah has been a proud mining town and it is home to proud mining families, a lot that have worked in the industry for generations,” Division 3 Councillor Gina Lacey said.

“Each worker who went to work and never returned home are a tragic part of our community story we will never forget.”

“We often talk about the economic contribution our communities make to the state and country, but not the human cost we have paid. Every incident that has put a name on this memorial has brought this community to its knees,” he said.

Completion of the Moranbah Miner’s Memorial is due in September 2019 and an official unveiling will be scheduled.