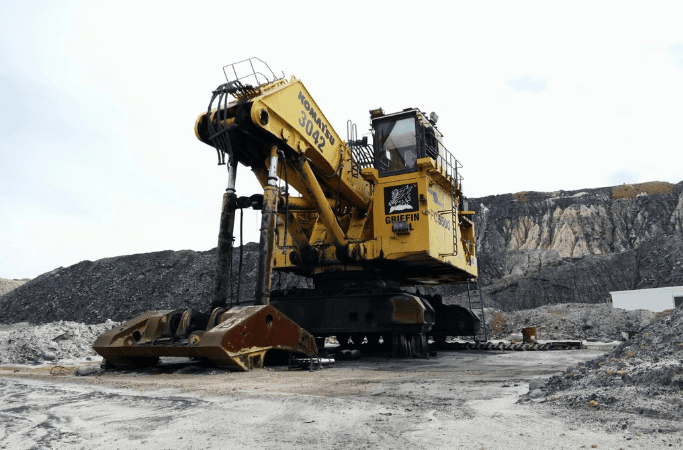 A conveyor fire that spread into coal storage hoppers at embattled Griffin Coal Ewington Mine in Collie Western Australia has resulted in damage to coal loading facilities.

WA’s Mines and Energy Minister, Bill Johnston, made a statement regarding the fire yesterday in Parliament saying “Around 2 am this morning there was a significant fire at the Griffin coal mine load-out facility located at the Ewington coal mine near Collie.”

Johnston said “No injuries have been reported. Mine safety inspectors from the Department of Mines, Industry Regulation and Safety attended the site very early this morning and are investigating the incident. The fire has impacted two conveyors, conveyors 11 and 12, that feed the coal storage bins above the train load-out facility.”

He added that “the site is unable to load coal trains without this facility until the conveyors are repaired. The company is exploring other options for transporting coal to its customers. The main customers that are impacted are Worsley Alumina and Cockburn Cement.”

“The coal storage area and infrastructure used to supply the nearby Bluewaters power station was not impacted by the fire. The Public Utilities Office has been in touch with Bluewaters and indicated that it is not currently concerned about the situation. Bluewaters expects that the infrastructure can be re-energised and restarted once the area is declared safe. Accordingly, Bluewaters is expecting to experience only a one-day interruption to its coal supply and during this period it will be using coal from its stockpile.”

“The site emergency response team attended the scene together with the fire crews from the local area.”

Griffin Coal has made the news earlier in the week as it announced 20 labour-hire workers will be sacked.

CFMEU Mining and Energy WA Secretary Greg Busson said the loss of 20 jobs was a kick in the guts for the local Collie community and lack of transparency around staffing changes was adding to workers’ fear that more job cuts are ahead.

“This week, 20 workers received letters to say they would be no longer required from Sunday,” said Mr Busson.

“Information about the job cuts has been woefully inadequate. The company has not met its requirement to consult with the workforce and the result is fear, uncertainty and rumour.

“With genuine concerns over the financial future of the company, the workforce deserves transparency around the current job losses and any further plans to cut jobs.”

Lack of investment in machinery maintenance at the mine has impacted on operations. One of four digging units is now out of service, directly leading to the loss of the 20 jobs.

The CFMEU said that mineworkers supported the future of the mine by taking a substantial pay cut at the end of 2017. However, to date, the company hasn’t done the right thing in return by being transparent and respectful with its workforce, said Mr Busson.

Griffin Coal has yet to make a statement.