AMSJ » Too Much Paperwork Compromising Safety on Work Sites 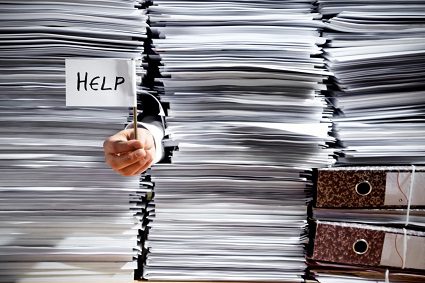 Too much paperwork and over-regulation is seriously compromising safety on the work sites across Australia, according to the Master Builders Association.

“We’ve taken this focus away from looking and walking around, having discussions with workers, making sure they’re doing the right things and that they’re aware of what the requirements are and physically finding things before they cause trouble,” Markos told the paper.

“Coupled with that you have inspectors that come out to the sites and it’s the first occasion they’ve set foot on a construction site.

“So how they can identify the impending collapse of a scaffold when they don’t even know what a scaffold is, I don’t know.”

A former SafeWork SA investigator, Mr Markos said the focus on paperwork — where risk assessments for using a piece of simple equipment often took longer than the job it was needed for — meant businesses spent more time creating safety policies than identifying other real and more risky hazards.

“It’s quite bizarre when you think about it. The focus is on ‘have you got a safe work method statement?’,” he said.

“I’ve never seen somebody killed due to a missing paragraph in a policy.

“They seem to be taking away the focus from really high risk areas and they’re focusing on areas that I would call minor noncompliance issues and paperwork.”

He said SafeWork SA previously had a policy of employing experienced people from industry to perform site inspections but that policy no longer appeared to exist.

“They were respected to the level that they would get invited back because every time they turned up they didn’t want to try and prosecute somebody, they wanted to give some advice on how to comply so they had the respect of the business community … they had the expertise but that changed.”

He said there was a change to appoint administrative executives who did not have field experience instead of a chief inspector who had site experience.

“They need to refocus, they need to get experienced inspectors and they need to make sure that they’re working with the business community,” he said.

He said Australia should follow a recent change in the United Kingdom where there had been a shift back to “sensible occupational health and safety”.

A spokeswoman for SafeWork SA said the safety agency did not accept that documented safety systems were contributing to unsafe workplaces.

“Injury rates in the construction sector across the nation are declining in large part due to improved management systems adopted as industry best practice,” she said.

“ The state’s work health and safety laws reflect what is accepted as an industry standard and SafeWork SA has met with industry representatives to identify, support and improve work practices.

“The Master Builders Association has not raised any of these matters in the SafeWork SA Advisory Council, of which it is a member, and there have been no direct representations to SafeWork SA on these issues.”

Are You Being Bullied in the Workplace?
Some 220 Volt Three Pin Outlets in Mine Vehicles Not Safe
Comment