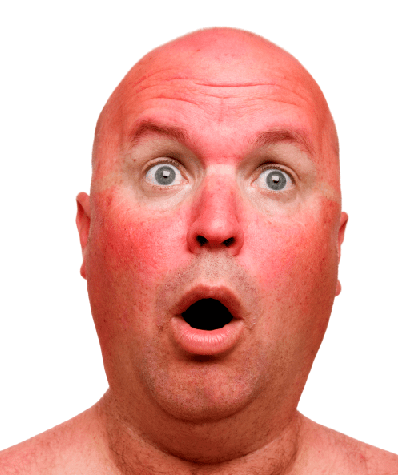 New research from the Cancer Council has found that Australian men are increasingly ignoring sun safety warnings, with 18 per cent getting sunburnt on the weekends.

The findings from the National Sun Survey have been released today to coincide with World Cancer Day (4 Feb).

The findings also reveal that, on an average Summer weekend, around 2.4 million  Australians are getting sunburnt,  a figure that worries Vanessa Rock, Chair of Cancer Council’s National Skin Cancer Committee.

“This means that compared to four years ago, approximately 430,000 more Aussie adults are getting burnt and putting themselves at risk of skin cancer,” Ms Rock said.

“While this latest research demonstrates the number of Australians who were getting sunburnt is still significantly lower than ten years ago, the recent increase is cause for concern.

“The survey suggests men in particular are neglecting sun protection, with 18 per cent getting sunburnt on the weekend, compared to 12 per cent of women.”

Ms Rock said possible explanations for the higher rates of sunburn included an increase in the amount of time adults spend outdoors during peak UV periods.

“Our survey indicates that adults are spending more time outdoors in peak UV times than four years ago, increasing their chances of getting sunburnt.

“We also know that 18 per cent of adults didn’t protect their skin from the sun when they spent more than an hour outside during summer.”

“Almost all skin cancers are caused by UV exposure, so it’s important organisations like Cancer Council, as well as government, continue to remind Australians that skin cancer is largely preventable and encourage them to take the simple steps to lower their skin cancer risk – slip, slop, slap, seek and slide.”