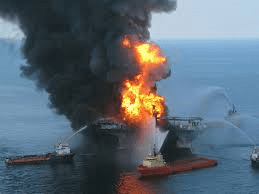 Every country with a mining industry has a disaster to speak of, and New Zealand is no different.

The first, and worst, struck at Brunner Mine in 1896. All of the miners who were in the mine at the time, 65 of them, were killed. This incident is believed to be due to a firedamp. This is an explosion that occurs when a pocket of methane is ignited. It is believed that this initial blast is what killed the majority of the miners and the afterdamp, the carbon monoxide, is what caused the deaths of the rest. Often, rescuers were brought to the surface unconscious due to the afterdamp.

The second worst, and most recent, was in 2010 and at the Pike River Mine. Over nine days there was a series of four methane explosions. The total death toll reached 29, though two miners did escape with just minor injuries. It was the most serious incident in New Zealand since the 1914 accident at Ralph’s Mine, which resulted in the death of 43 miners. It took two weeks to recover all of the bodies, but the death toll could have been much greater. This explosion occurred on a Saturday where there was a skeleton shift operating, had it been a weekday the loss of life could have been into the two hundreds.

In 1967 disaster struck at the Strongman Mine, located on NZ’s west coast near Greymouth. In this incident, 19 lives were lost. Despite this, the mine continued to operate in the same location until 1994 when it moved two miles away and continued to operate until 2003.