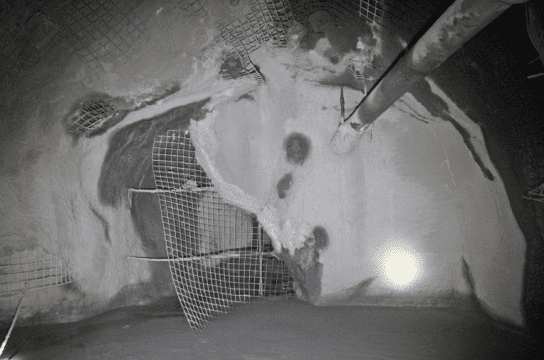 A catastrophic paste wall failure in a drive at the top of a stope could have claimed lives of mineworkers after they were forced to climb into the bucket of a bogger and radio to be rescued.

The West Australian mine safety regulator released an alert highlighting the incident. It said “in October 2019, two workers at an underground mine were approaching a paste retaining wall during paste filling, when the wall catastrophically failed. An inrush of fluidised paste entered the drive inundating the workers, who escaped by climbing up the wall mesh.”

It said the direct causes of the incident included that the wall failed due to excessive hydraulic pressure being exerted from the paste fill and highlighted that the workers were inside an exclusion zone at the time of the incident.

A paste wall was constructed in a drive at the top of the stope with the paste fill pipe through the wall. This fill method was used, as there was a blind portion of the stope above the drive and a continuation of the stope underneath the drive to the level below. The stope was blocked with substantial rock falls from the backs and walls, which prevented a cavity monitoring survey being carried out. The rock falls prevented the paste from percolating into the stope and this led to a build-up of hydraulic pressure behind the paste wall.

The regulator said that no pressure monitoring devices or cameras were in place to assess the fill conditions from a remote location.
You can read the full alert and recommendations for preventing these incidents here

Do you want more technical information on preventing paste wall failure? You can read this document