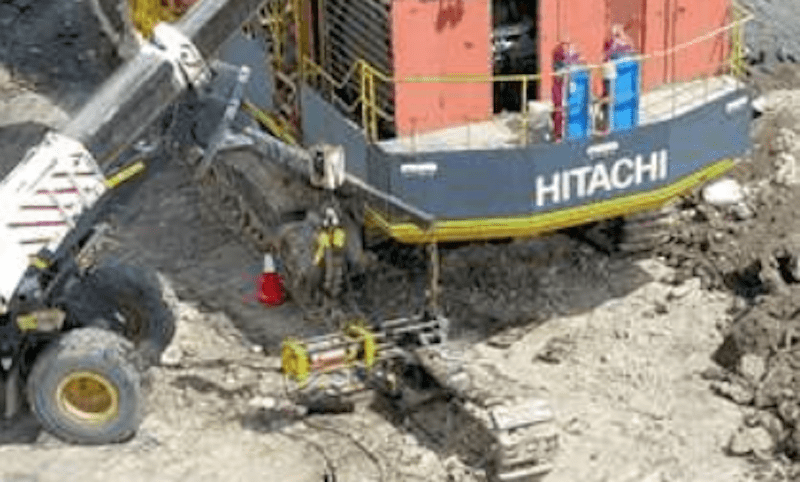 The Queensland Mining Safety Regulator has advised of a serious incident that resulted in a mineworker being airlifted to a Brisbane hospital with a range of serious injuries.

The Regulator’s report said “A serious accident occurred whilst coal mine workers (CMWs) were undertaking track repairs on a
Hitachi EX1900 excavator at a mine site (refer Figure 1). The workers were preparing to use a 360-tonne track press. Whilst aligning the track press in preparation to press out a track pin the pressurised cylinder head plate failed catastrophically. The failed component struck a worker causing serious arm injuries. He was airlifted to a Brisbane hospital and has required multiple operations and ongoing rehabilitation.”

Causes of the serious incident

According to available information, the Queensland mining safety regulator conducted an extensive investigation into the incident and identified a range of engineering factors that contributed to the cause of the incident. These included:

While the circumstances of the incident is unique, there has been a range of incidents over many years involving track assemblies. In 2002 while a dozer track master link assembly was being pressed together in the field using a portable hydraulic press, a spacer pin between the hydraulic press and the master link pin was ejected from the assembly at high speed striking the press operator breaking his leg.