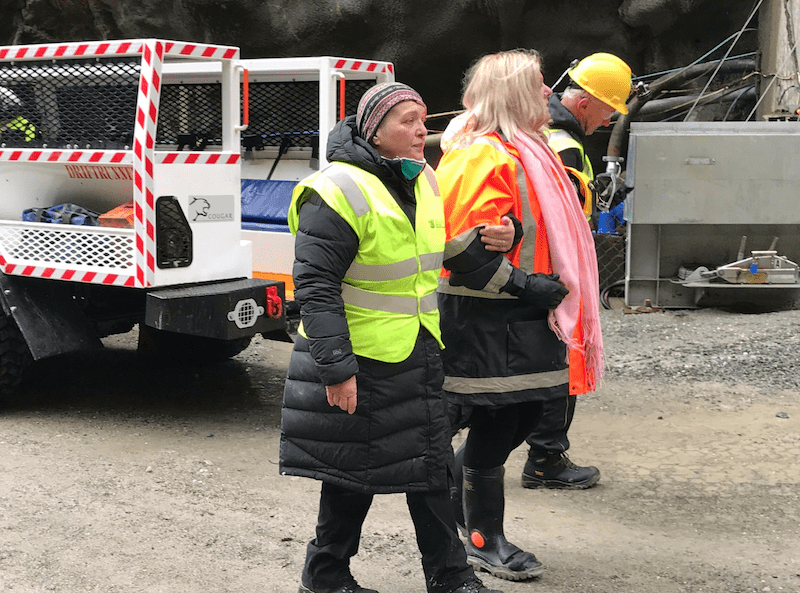 Earlier this morning around 30 family members descended down the Pike River mine drift to a mine seal to pay respects to their loved ones.

The family members travelled in a drift runner in small groups of five accompanied by Pike River Recovery Agency personnel. They spend around 10-15 minutes at the 170-metre seal.

Sonya Rockhouse said this morning “you know that we’ve worked so hard and finally we’re at this point. We were just moving on up it might only seem like a small distance to some people but to us, it’s like you know every metre that we’re going up there is a metre closer to get closure”

She spoke favourably of the New Zealand Government for facilitating the re-entry to the drift.

“The Commitments that have been made are being followed absolutely. And we had no doubt of that right from the start, I mean the whole rhetoric was completely different once we got the new government in, and instead of having to fight and everything (you know) to get what we needed suddenly we had a government that will work in with us and following through on all the promises and, so it’s just we never had any doubt that it would happen. “

Pike River families travel inside mine

Anna Osborne, whose husband Milton was killed in the mine, said the experience was one she would never forget.

“We were able to put our hands on the seal and I was able to talk to Milton and I almost felt him there,” she said.

“It was the closest I’ve been to Milton in nine years and it was an experience I will never forget and one I’ll always appreciate.”

She shared what she said to her husband through the seal.

“I just said to him we haven’t forgotten. We are coming for you. We are getting closer. And I hope he’s proud of what we’re doing. We won’t give up because they deserve so much better that what they’ve got. For as long as I live I want justice, I want accountability and I want our men to know they will not be forgotten.”