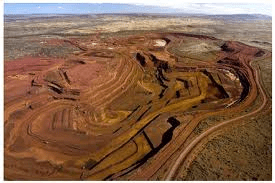 Rio Tinto plans to start building a new iron ore mine next to their existing Yandicoogina mine in the Pilbara some time in 2016, should they receive the necessary government approvals.

Despite depressed prices for iron ore, Rio is going ahead and seeking approval to develop their Yandicoogina Pocket and Billiard South iron ore mine from the federal government, according to the Sydney Morning Herald.

The brownfield project is expected to have a life of 16 years with first production scheduled for 2017.

“The project is centred on substantial iron ore deposits in the Hamersley Ranges and is anticipated to make a significant contribution to Rio Tinto’s iron ore exports over the next few decades.”

Rio chief executive Sam Walsh has previously told the Sydney Morning Herald that he was not concerned by the sliding iron ore prices, because Rio was Australia’s lowest-cost producer.

“Regardless of what the price is, we will be the last one standing,” he said.