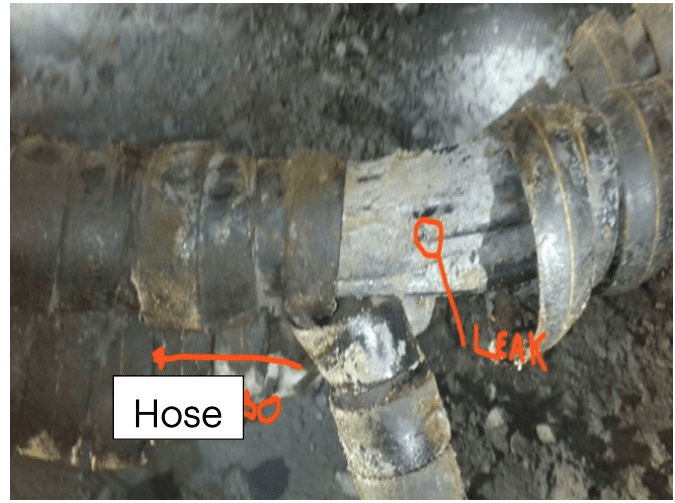 MinEX NZ has released a safety alert regarding a potential hydraulic injection injury. A mobile plant operator and a fellow worker were in the process of starting the plant when a small oil leak was noticed in a hydraulic hose near the cabin.

The plant was isolated, and hose wrap was partially removed to identify where the leak was originating. The operator began fault finding by systematically energising the hydraulic hoses.

The second worker was observing whilst the operator activated individual levers. The operator could not see the fellow worker.

The worker placed his hand on the loom in the approximate location of the suspected leak and as the lever was activated, he received an impact injury on his left thumb pad from a spurt of hydraulic oil. His thumb was approximately 40mm from the hoses at the time.

MinEX NZ said: “Workers identify all hazards prior to commencing any task including the potential for hydraulic or other pressure injections. All energy sources are isolated, or workers removed from the danger zone while fault-finding is being conducted. All workers are trained in the dangers of pressure release including hydraulic pressure.

According to Minex, a worker sustained a serious injury when trying to relieve pressure on a hydraulic lock.

A Carnell employee sustained an open fracture to his index finger and lacerations to his middle finger when he removed a bolt within an excavator breaker attachment. The injured party (IP) received 5 stitches and underwent minor surgery under a local anaesthetic to ‘pin’ the open fracture.

Fortunately, the employee is expected to make a full recovery and was able to return to work 2 days after the incident occurred.

The employee sustained the injuries as he attempted to relieve excess hydraulic pressure known as ‘Hydraulic Lock’ which prevents the hydraulic hoses being attached to the excavator couplings.