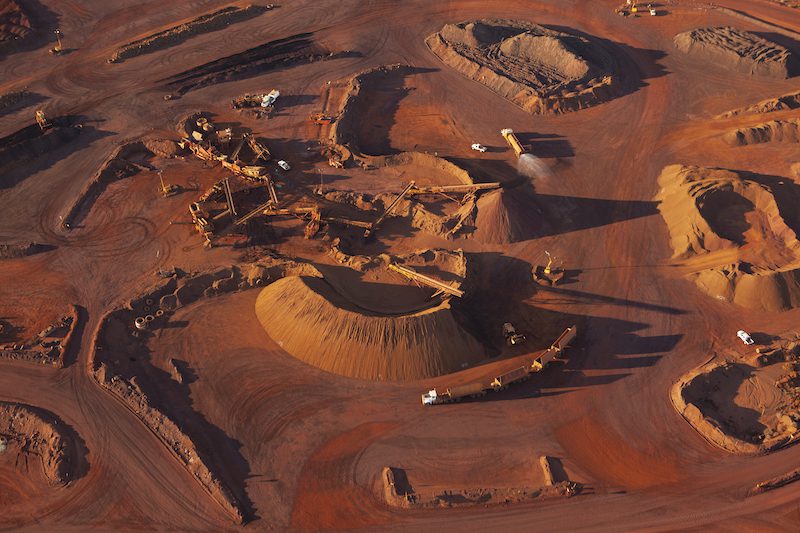 Improving erosion management for businesses across Australia and New Zealand is firmly on the agenda for dust and erosion control specialists Global Road Technology (GRT) in the wake of recent media reports.

Within Australia, the Mackay Conservation Group alleges that Bravus (formerly known as Adani) failed to properly manage erosion at its inland rail project, while in New Zealand the government estimates that the economic losses associated with soil erosion and landslides are falls between NZ $250 to NZ $ 300 million a year.

For GRT, a company specialising in infrastructure and dust suppression the answer is to focus on suppressing dust as its source as part of a holistic approach to erosion and sediment control that aims to reduce the amount of soil spreading in the air or spreading into waterways due to sustained land development, construction, mining and agriculture.

According to GRT General Manager, Daniel Grundy there needs to be a holistic, ‘whole-of-site’ approach undertaken by project managers, miners, and farmers alike to stabilise soil at its source to prevent the impact of erosion – an area that the company is a recognised leader in.

“GRT is a world leader in the development of extremely adaptable infrastructure and process solutions for the mining, civil and agricultural sectors that drive improvements in health, safety, and environmental outcomes,” said Mr Grundy.

“This leadership is due to us investing significantly in technology and techniques that focus on preventing erosion and dust generation rather than catching it in sediment ponds, spraying water for dust control, or losing it offsite. The core challenge that we see facing the mining, civil, and agricultural sectors in both Australia and New Zealand is that organisations are still using outdated or traditional methods to manage our soils, methods that have been proven to be largely ineffective – our focus is stopping erosion rather than catching sediment”.

As a world leader in the development of infrastructure and process solutions for the mining, civil and agricultural sectors, one of GRT’s core areas of competence is in developing and implementing whole of site engineered solutions. They achieve this by using highly advanced, biodegradable, and non-toxic chemical applications alongside advanced engineering techniques to stop the spread of dust.

Within Australia the company is working extensively with some of the country’s largest mining and civil companies, while in New Zealand it has partnered with the country’s leading agricultural enterprise, PGG Wrightson.

Its partnership with PGG Wrightson sees it supply the agribusiness with its innovative range of environmentally friendly, non-toxic products including the GRT: Enviro-Binder, GRT: Wet-Loc, GRT: Rubble-Loc among others that are designed specifically for managing dust and erosion – a critical factor given the country’s environmental conditions and demanding landscape.

For GRT General Manager, Daniel Grundy the issue of erosion and its environmental impact is a major one for both Australia and New Zealand and only major changes in processes and approach will reduce it.

“Although the environmental conditions vary significantly from Australia to New Zealand, erosion control is a major concern for both countries and there needs to be significant process improvements to address it,” Mr Grundy said.

“Our approach in both countries despite these differences is to implement erosion and dust control measures to prevent soil loss and the spread of dust into the air and waterways for the purpose of ensuring that our clients do not lose their social licence due to environmental mismanagement. By using our processes and technology, they can minimise the detrimental effects of their activities for the purpose of alleviating environmental pressure and maintaining community support for their activities.”

Visit globalroadtechnology.com for further information about the company and its products.