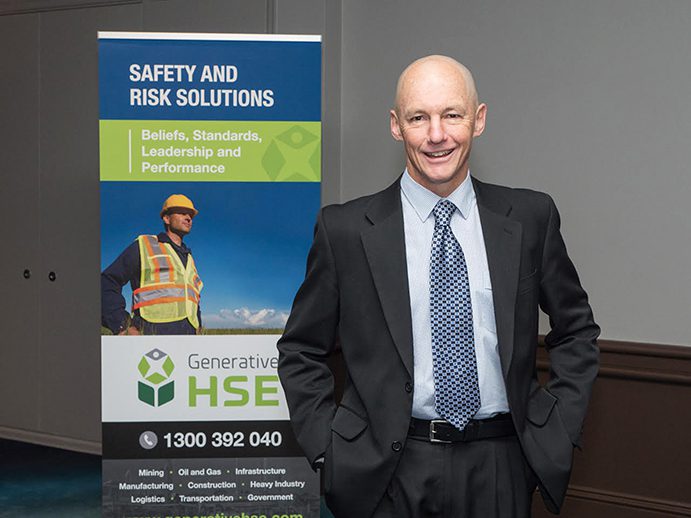 Organisations are often left wondering how they can be certain that the decisions and investments made have caused, or at least contributed to, a particular organisational outcome or output.

This is clearly the case when it comes to workplace health and safety, and as economic constraints have increased the issue has loomed larger on the horizon. Times of economic pressure and uncertainty serve as an opportune moment for leaders to reconsider the basis of their decision-making

There is no doubt that leaders in mining and other high risk industries are committed to preventing immediate and long-term physical and psychological harm. If you talk to any senior, middle or frontline leader or operator they will all be able to describe why working safely is important to them, and others, and the legal imperative to do so.

In the same conversation you will hear genuine frustrations about the value of their workplace health and safety management system and the counter-intuitive behaviours it drives.

The safety mantra of ‘lead by example’ and the ‘winning of hearts and minds’ is sadly often replaced by empty compliance rhetoric and practices, where people will tell you it’s really all about ‘tick and flick’.

This is a worrying trend – in the end the system that is being invested in and heavily relied upon might in reality not be really delivering the workplace health and safety performance results we are seeing or not seeing.

Late last year Deloitte Access Economics released a paper titled Get Out of Your Own Way Unleashing Your Productivity. It revealed a staggering $249 billion is spent on compliance related activities each year in Australia. The first response is to attribute this massive spend to the rise of government red tape. The report found this was not the case.

Each year organisations spend $150 billion of the total compliance cost on implementing and pursuing self-imposed rules. Interestingly, the main rise in the number of self imposed rules was in the management of corporate risk and health and safety.

Add to this the total cost of workplace injuries to the Australian economy, which was last estimated in 2008-09 to be a massive $60.9 billion. From this we could reasonably conclude that more than 10 per cent of the Australia Gross Domestic Product (GDP) is invested on workplace health and safety, and the question needs to be asked what is the real return on investment?

It is worth considering what is the total cost of your organisation’s direct and indirect investment in workplace health and safety? Followed by how is this investment reducing the likelihood and severity of physical and psychological harm in your organisation?

In many ways organisations are reluctant to do this because they have been lured into two subtle traps.

The first trap is the mindset that it is legally, politically and morally (normally in that order) unwise to seriously review this perceived ‘legitimate’ cost. There is fear that this might lead to increased organisational risk and poor organisational press.

There is also probably a deeper concern, and that is a genuine uncertainty about what part of the spend is really contributing to the organisation’s workplace health and safety performance.

It’s a bit like the old marketing adage – I know half my total marketing investment is working, I’m just not sure which half.

The safety mantra of ‘lead by example’ and the ‘winning of hearts and minds’ is sadly often replaced by empty compliance rhetoric and practices, where people will tell you it’s really all about ‘tick and flick’.

Marc McLaren is the founder and managing director of Generative HSE – one of Australia’s leading health, safety and risk management organisations. Marc has more than 25 years of experience working with global and large Australian companies to grow their safety leadership capabilities and enhance their safety culture and climate and performance. For more information, visit generativehse.com.