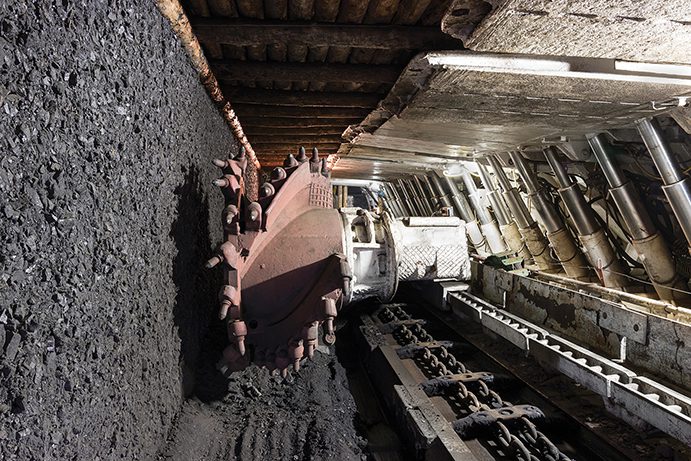 Working with the industry and equipment manufacturers to develop sensor technology, CSIRO have released the following case study of impact, aimed at keeping miners safer and improving productivity.

Coal accounts for around 24 per cent of employment and 27 per cent of total revenue for the Australian mining sector. It is an important industry for Australia’s gross domestic product, but can be a hazardous workplace.

The mining industry continues to improve conditions for mine workers, striving for zero harm. However, innovation in processes and technologies are still needed.

Around 90 per cent of Australia’s underground coal production comes from longwall mining. Traditionally, a mechanical shearer cuts along the coal seam beneath a roof supported by hydraulic jacks, exposing miners to multiple risks.

Increasing safety and productivity in longwall mining has been a long-term industry goal. Despite significant progress many challenges remain, including developing sensors and automation technologies to replace miners operating in hazardous conditions.

Around 60 per cent of Australia’s operating longwall coal mines have adopted CSIRO’s longwall automation technology. The system removes personnel from direct hazards and increases safety. Real-time progress can be monitored from anywhere in the world, leading to further efficiency gains.

THE RESULTS
Improved efficiency and safety

We collaborated with industry and the Australian Coal Association Research Program to develop and trial the technology. The system is now licensed to Joy Global, Caterpillar, Eickhoff, Kopex, and Nepean Longwall. These companies supply the majority of longwall equipment in Australian mine

The technology has increased productivity by 5-10 per cent. A recent economic assessment estimated the total net benefits arising from the research at $785.6 million.

CSIRO’s technology has also contributed to improving the working conditions and safety of coal mine employees.

The improved accuracy of longwall mining operations reduces the amount of waste rock mined along with the coal, leading to less environmental disruption from rock spoil stockpiles and lower rehabilitation costs.

Around 90 per cent of Australia’s underground coal production comes from longwall mining. Traditionally, a mechanical shearer cuts along the coal seam beneath a roof supported by hydraulic jacks, exposing miners to multiple risks