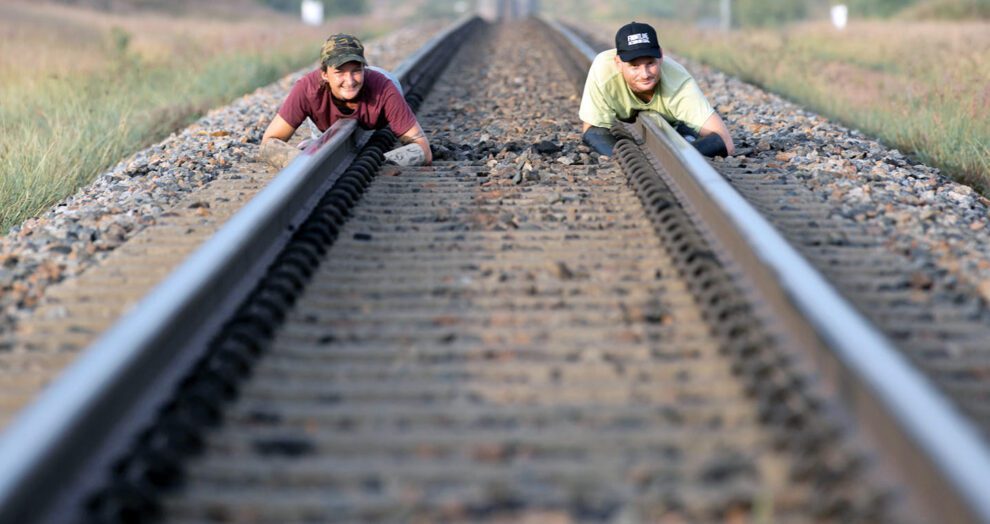 An anti-mining activist refuses to let coal mine employees quietly lead a happy and fulfilling existence.

The Frontline Action on Coal supporter accused highly paid resources workers of “buying” too many things and excessively enjoying everything “good for life”.

“We need to bring out that tension to make them think, otherwise they will think ‘I am going well, my life is going well’.”

Paine revealed he and another demonstrator deliberately locked themselves onto a Galilee Basin railway to irritate Bravus employees and contractors back in November 2021.

“You have some confrontational situations but the theory of what we do is you have to confront these things, otherwise it does not get done. The status quo is … people making money off the destruction of our planet.”

He claimed his dangerous stunt shifted the balance of power away from business or political leaders and towards average Australians.

“So often the decision making in our society is done by these faraway people who have more degrees, lots of money, privilege, lots of political power – the ordinary person is sort of shut out of these processes,” he said.

“[Civil disobedience] is really powerful … and it puts the power back in the hands of ordinary people. Doing these kinds of controversial actions makes sure that these issues are discussed.”

He acknowledged unsafely putting his body in the way of things he “morally disagrees with”, to physically stop mining activity, can become a nuisance.

“It is basically using the power that you have as a physical body to get in the way of people doing work that you disagree with,” he said.

“We might not like people disrupting things that are associated with a normal routine … [but] there has to be some level of disruption.”

Nevertheless, he insists on “causing a ruckus” at the mine site even if it risks landing him behind bars.

“One way of making sure that the media is saying people disagree with it, and it is bad for the environment, is to make sure we are there,” he said.

“[The railway protest] is certainly not the first time I have been arrested for blockading something.”

Safety rating expiry could force Nissan Navara out of mine fleets
Anti-coal protestors lock on, dangle from conveyor
Comment