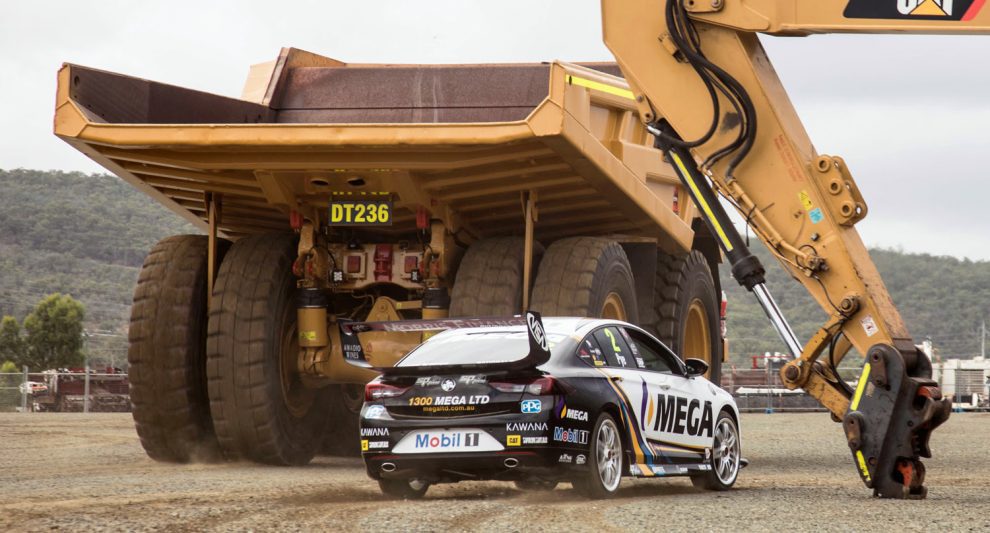 A racecar publicity stunt at a Queensland quarry by Mobil 1 racing team and National Group has been described as ‘inappropriate’ and in bad taste.

The publicity stunt, which reportedly could have ended in a vehicle collision, involved a Caterpillar 777F truck racing a Mobil 1 racing team car around a quarry owned by National Group at Nebo.

National Group confirmed that a racecourse was established at the Nebo Quarry and set in a way so that each vehicle could capitalise on their respective strengths.

“The Supercar was required to weave through obstacles to highlight its agility, while the sheer brute power of the dump trucks will be showcased as it streams forward in a straight line”

A video posted on Youtube shows a primitive race course set up in the Queensland Quarry with workers blocking their ears and cheering on the race. A child is also shown waving a race flag on the back of a utility.

Workplace Health and Safety Consultant, John Ninness said “it defies belief that the Mobile One Team and National Group have thought that this type of behaviour (or stunt) is acceptable on a mine site…particularly in respect of the recent fatalities that have occurred in the industry”

“It’s just totally out of taste, inappropriate and flies in the face of common sense. A quarry or a mine is not a racetrack and operators of mining vehicles have been disciplined for behaviour far less serious than this”

“The matter should be referred to the Queensland Mines Inspectorate for investigation,” he said.

“I’d be very surprised if this event was approved by the mines inspectorate” Ninness added.